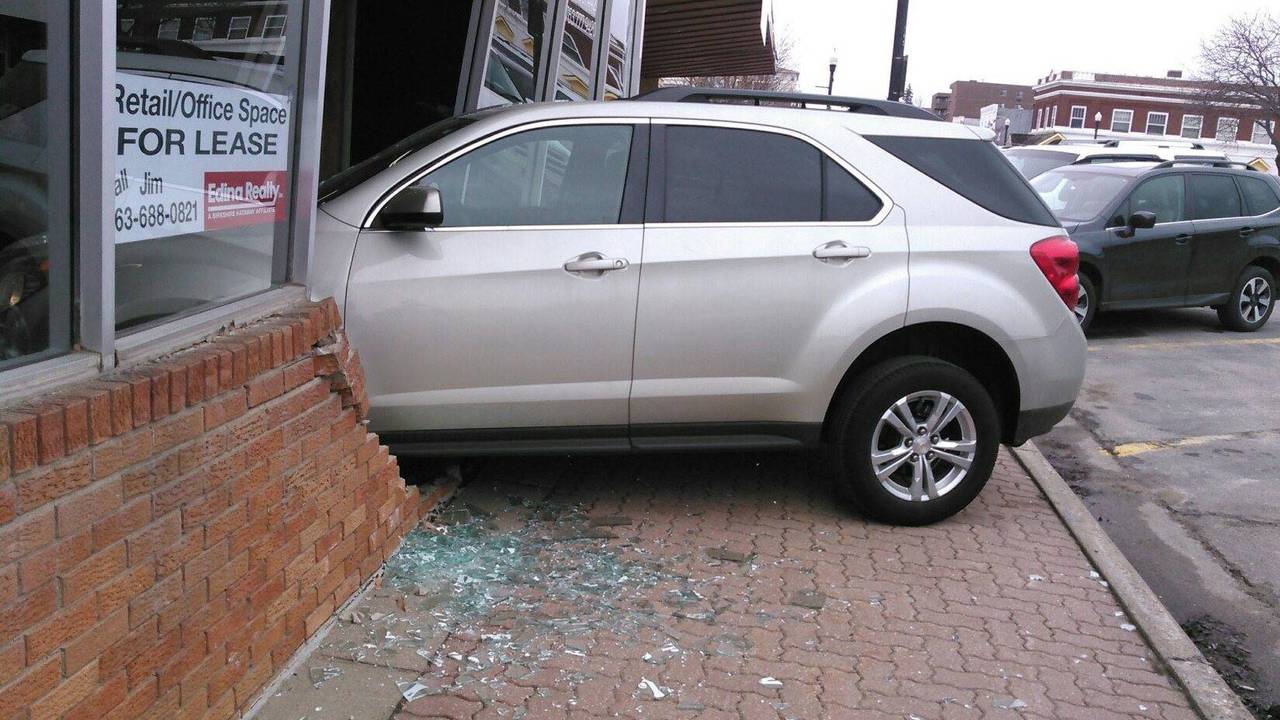 Spring is literally in the air for those of us in the Northern Hemisphere, and with the first springtime weekend nearly upon us, here’s a gentle reminder that not everyone on the street is as adept at driving as we all aspire to be. That’s especially true for the younger generation taking those exciting-but-frightening first steps into the motorized world. Every single one of us has a story of terror from our early days behind the wheel, but hopefully none of them involve crashing through a building.

The same can’t be said for this young driver, a 17-year old female who was actually taking the road test to get her driver’s license when this happened. The incident occurred in the Minneapolis suburb of Buffalo, Minnesota; fortunately nobody was seriously hurt but the driving instructor in the passenger seat did go to the hospital for some minor injuries. No charges are pending for the student driver since this was truly an unfortunate accident, though we suspect driving into the side of a building – never mind sending your instructor to the hospital – is probably an automatic fail.

These wrecks were worse:

What happened exactly? According to the Buffalo police department, the student simply engaged drive instead of reverse which “led to the vehicle lurching forward” when she gave it some throttle. Admittedly we’ve never driven through a brick wall, but we suspect there was more going on than just a sudden lurch to cause this kind of damage. The report doesn’t offer any further details, but it looks to us like she may have panicked when the SUV moved forward and punched the throttle instead of the brake. Honestly, that’s a mistake that happens quite often with drivers of all ages and experience levels.

There will no doubt be plenty of readers ready to chastise this teen, but remember that you too were once a new driver. At least this was a legitimate accident, as opposed to hitting a tree after completely messing up your first handbrake turn while messing around on back roads. The building and car can be mended, everyone will live to see another day, and hopefully the young driver will get right back in the saddle to earn her license.