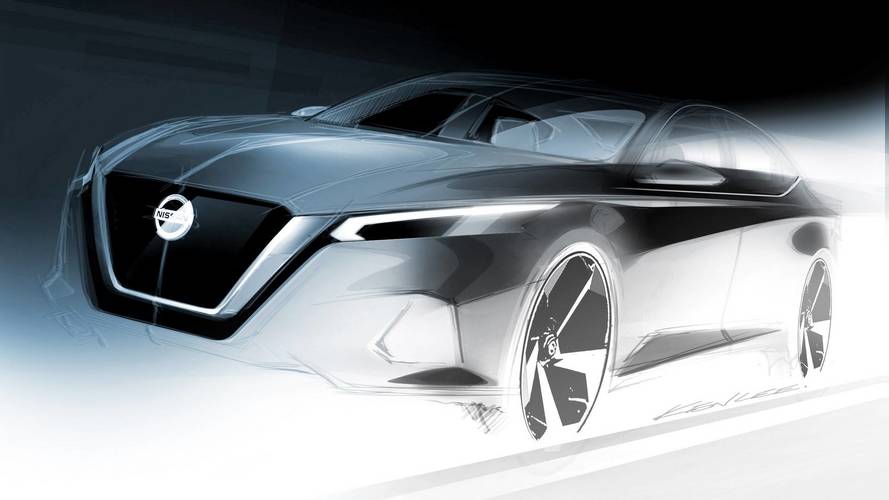 Nissan’s all-new, sixth-generation Altima midsize sedan will have another advanced trick up its sleeve: ProPilot Assist. Nissan confirmed today that the new car will have the semi-autonomous feature, which is already offered on the Rogue crossover and Leaf electric car.

ProPilot Assist is designed for use in highway or stop-and-go driving; drivers simply push a button on the steering wheel, and the computers will accelerate and brake the car, as well as steering to keep the car centered in its lane. But Nissan describes the feature as a “hands-on driver-assist system” – not a hands-off feature like Cadillac’s Super Cruise – because the driver’s hands must be on the wheel at all times so he or she can take control in an emergency situation. ProPilot Assist also won’t work if the windshield wipers are running in inclement weather.

The 2019 Nissan Altima will make its official debut next Wednesday, March 28, at the 2018 New York Auto Show. Though we don’t know much about the midsize sedan just yet, a teaser sketch and our spy photos suggest a significantly overhauled design, likely inspired by the Vmotion 2.0 concept we saw at the 2017 Detroit Auto Show. The car is expected to grow a little bit, to improve interior room, and will likely offer revised powertrains to improve upon its already-impressive fuel economy figures. The four-cylinder 2018 Altima is rated for up to 38 miles per gallon highway.

The 2019 Altima is rumored to offer all-wheel drive as an option, and spy photos of the car’s interior revealed a fresh design with a massive touchscreen atop the dashboard.

The fifth-generation Nissan Altima was introduced six years ago, at the 2012 New York Auto Show. The car was refreshed for the 2016 model year.

Check back next week for full details on the 2019 Nissan Altima, as well as a photo gallery and videos, live from the New York show.

NEW YORK CITY – The all-new 2019 Nissan Altima will be the third vehicle in Nissan's U.S. lineup with available ProPILOT Assist as the automaker delivers on its mission to make advanced technology more accessible.

ProPILOT Assist is a key component of Nissan Intelligent Mobility, the company's vision for changing how cars are powered, driven and integrated into society and sets the foundation for the autonomous vehicles of the future.

The hands-on driver-assist system helps drivers stay centered in their lane, navigate stop-and-go traffic, maintain a set vehicle speed and maintain a set distance to the vehicle ahead.

The all-new sixth generation of the Altima to make its world debut at the 2018 New York International Auto Show (NYIAS) next Wednesday, March 28.