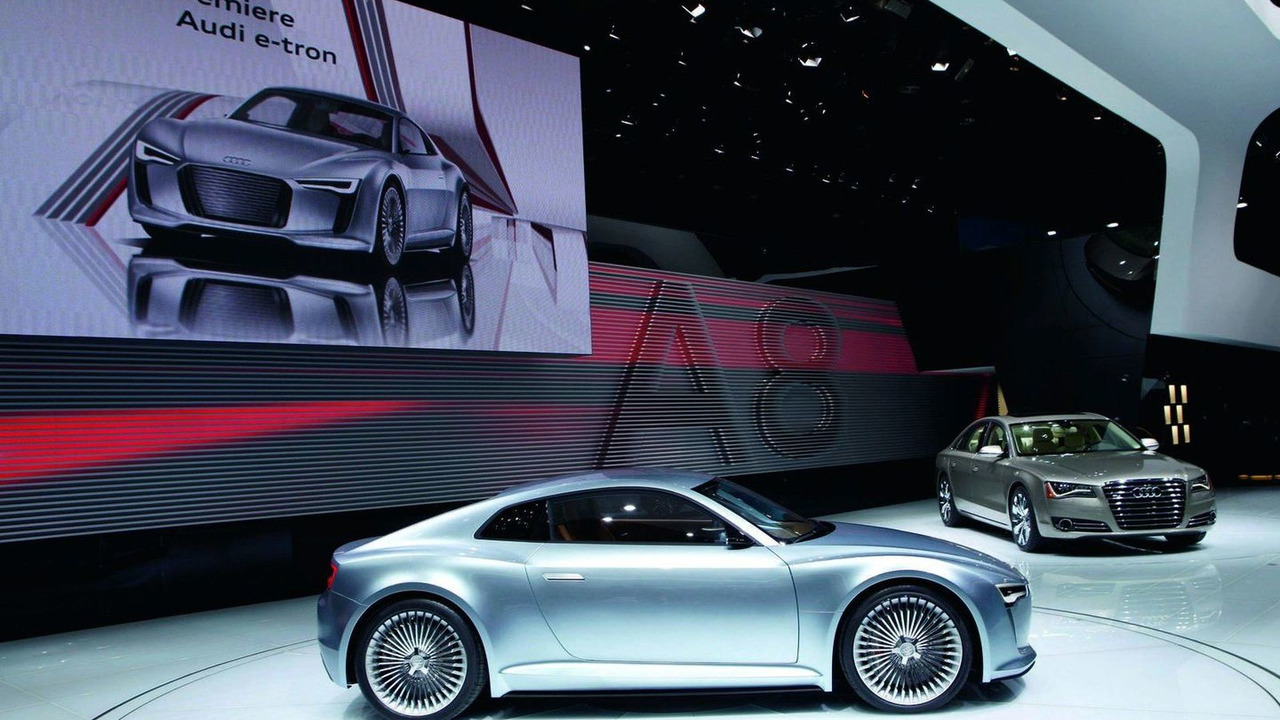 Find out more about the mystery car being choppered around the Austrian Alps inside. Could it be the R4?

Why did Audi have one of their most recently developed prototypes airlifted and flown around the Austrian Alps?  Speculation suggests that the car may be an update on Audi's e-tron concept, unveiled at the September 2009 Frankfurt Motor Show.

One look at the video shows that the mystery car shares many details with the concept car, believed to be a preview of the Audi R4.  Keeping in mind that the footage was shot from a distance, the model in the video looks to have a longer hood.

It also appears as though the primary helicopter is being chased by a helicopter with a camera mounted to it.  This suggests that the stunt is for a promotional video for the alleged R4.  All footage was shot from the Olympia Ski Resort near Innsbruck, Austria.

As per previous reports, we are hoping that the wrapping will be taken off this car either before or during the Paris Motor Show.  Rumor has it the coupe could also be unveiled as a Spyder.