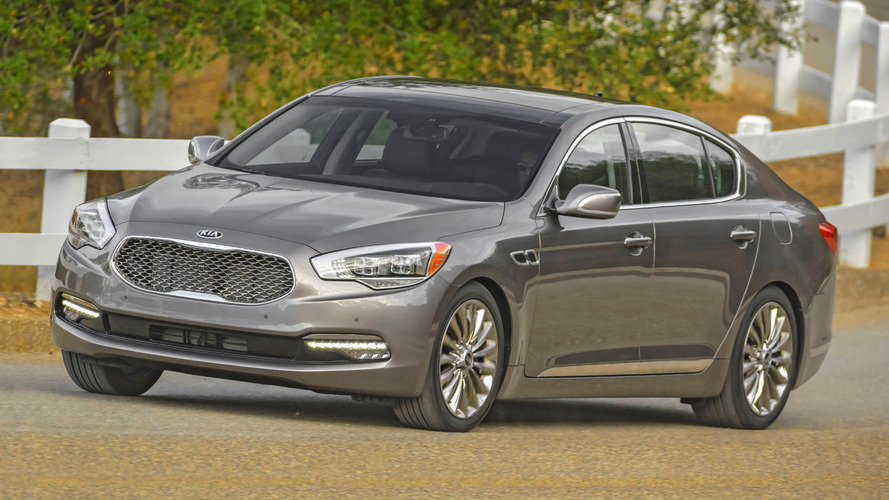 The outgoing first generation of Kia's flagship will cost you an extra $1,000 in its standard specification.

Kia introduced the all-new K9 (pictured at the end) in its domestic market South Korea earlier this week, ahead of the model’s confirmed U.S. debut slated for next week at the New York Auto Show as the 2019MY K900. But if patience is not one of your strongest attributes and you really want to buy Kia’s most luxurious car, you’ll soon be able to get the 2018MY based on the previous generation.

The entry point into Kia’s range topper would have to be the K900 V6 Premium with a starting price of $51,850 (including destination) or $1,000 more than the 2017MY. The price hike is justifiable to some extent when you take into account the base model will get the shift-by-wire gear selector borrowed from the V6 Luxury.

Speaking of which, the mid-range trim will include as standard all of the goodies from the optional VIP Package currently offered for the outgoing 2017MY. It adds a head-up display, power-reclining ventilated rear seats (with 60:40-split), 360-degree Surround View Monitor, autonomous emergency braking, and a 16-way power-adjustable driver’s seat. It will jack up the price of the fullsize luxury sedan by $5,000, thus matching the amount of money Kia is asking for the 2017 K900’s VIP Package. As standard, the 2018MY in the V6 Luxury specification will set you back $60,850 and is also going to bundle other niceties such as adaptive cruise control, lane departure warning, and power soft-close doors.

As far as the V8 model is concerned, it will continue to kick off at $62,850 and its $6,000 VIP Package will soldier on as optional equipment. There’s also nothing to report in terms of engines, with the V6 to be carried over with 311 horsepower while the V8 will continue to push out 420 hp.

Curios about how many K900s were sold last month in the United States? A grand total of 32. Kia certainly hopes the second generation due for 2019MY will greatly increase customer demand for the crown jewel of its lineup.