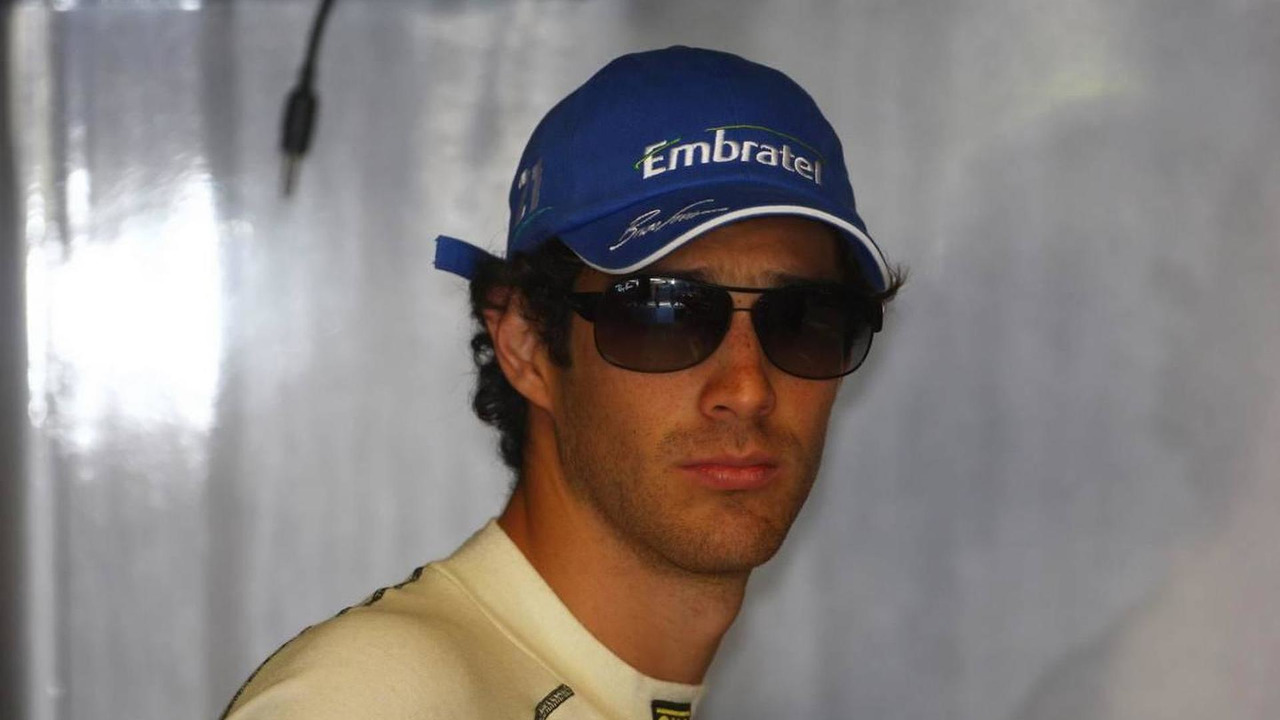 Bruno Senna at Monza said he is expecting to keep his race seat at HRT for the rest of the 2010 season.

Bruno Senna at Monza said he is expecting to keep his race seat at HRT for the rest of the 2010 season.

The Brazilian sat out the British grand prix in July in deference to the highly-sponsored Sakon Yamamoto, but after returning at Hockenheim insisted he will finish the season with the struggling Spanish team.

But Yamamoto, now replacing earlier HRT regular Karun Chandhok, said recently that while he is staying put in 2010, he is not sure whether Senna or Chandhok will be in the sister car.

"I am assuming I will be in the car until the last race," Senna said.

"I have a firm place all the way to Abu Dhabi."

But beyond that, he admitted his place for the 2011 season is not yet secure.

"I would like it to be in the bag, but that's not the case," said the 26-year-old. "Hopefully I can find a place soon.

"All I can do is my best, as I have done, and hope it's good enough to continue in formula one," added Senna.

He also said he is refusing to look on the negative side of HRT's situation, with a lack of finances meaning the F110 is not being developed.

"It's not really ideal but I'm making the best of it," Senna explained. "That's the only way to be in this situation.

"If I look at it negatively, I'll lose motivation. I need to be doing my best for whoever will hire me (for 2011)."