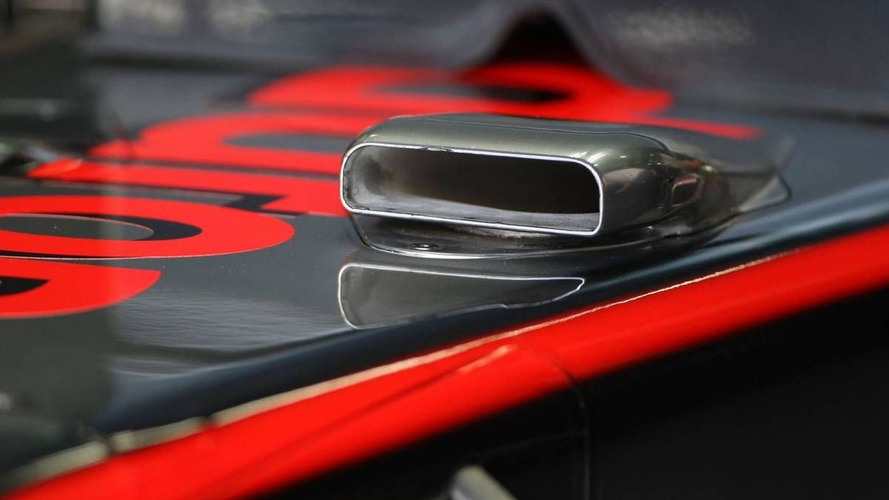 F-duct or no F-duct? That is the question on qualifying day at the Italian grand prix.

F-duct or no F-duct? That is the question on qualifying day at the Italian grand prix.

It has emerged that McLaren is running a split strategy for Saturday's final practice session, with Lewis Hamilton not using the downforce-stalling device while Jenson Button keeps the bigger wings and F-duct.

Force India, however, has definitely decided not to run the system this weekend, while Williams, Mercedes and Red Bull are using the F-duct at Monza.

It is a particular dilemma at the Italian circuit, because while the bigger wings produce much more downforce and grip in the corners, the low-drag 'tea-tray'-style wings are quicker on the straights.

Renault is weighing up the options, particularly because the higher downforce of the F-duct configuration is kinder to the brakes and the tyres over a race distance.

But footage from Robert Kubica's car on Friday showed him driving essentially one-handed through the Parabolica.

"No problem," said the Pole. "It was not so much fun in Eau Rouge (at Spa two weeks ago)."

As for the likely pole sitter and winner this weekend, the situation is less clear.

Said McLaren's Martin Whitmarsh: "Before the weekend there was speculation about us being strong and Red Bull weak. I never thought that would be the case."

Ferrari's Alonso agreed: "The Red Bull is showing it works well at any type of circuit, but I think McLaren are very strong, both for pole position and to win the race."