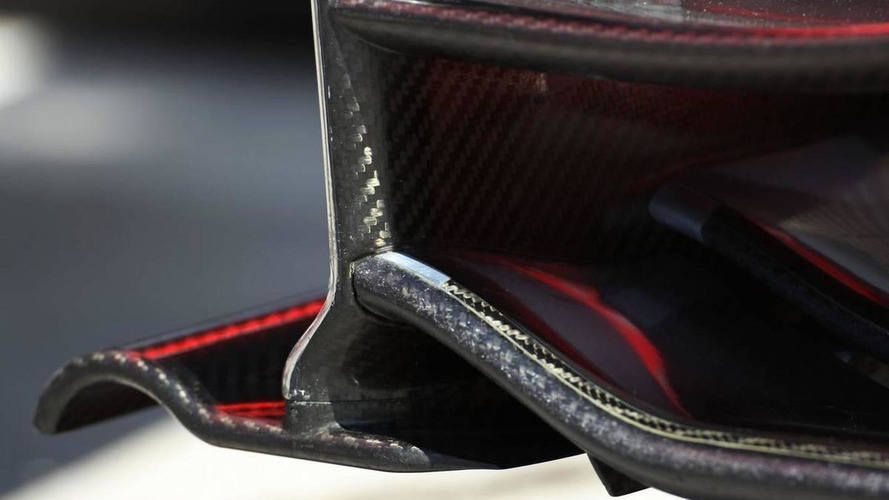 Red Bull and Ferrari hit back at McLaren on Friday as the flexible wing saga continued to run.

Red Bull and Ferrari hit back at McLaren on Friday as the flexible wing saga continued to run.

It is the British team that has been the most vocal about the wings on the Red Bull and Ferrari cars this year.

But technical bosses Adrian Newey and Aldo Costa told reporters at Monza that they were ready to agree to an even more stringent flexibility test -- and it was McLaren that turned it down.

Currently, when weights are placed on the front wings during pre-race FIA scrutineering, the permissible deflection is 10mm.

"It was discussed in the technical working group to have a 5mm deflection, but also engineers who are at this table didn't accept," said the Italian.

Also with McLaren's engineering director Paddy Lowe at the table, the discussion was taking place during the FIA press conference.

"I think it was Paddy who suggested (the test stay at) 10mm," said Red Bull's Newey.

Costa admitted he has been frustrated by the entire saga.

"I don't know why this saga has been created," he said.

Newey agreed: "The test has been as it has been for several years and suddenly there is a load of excitement."