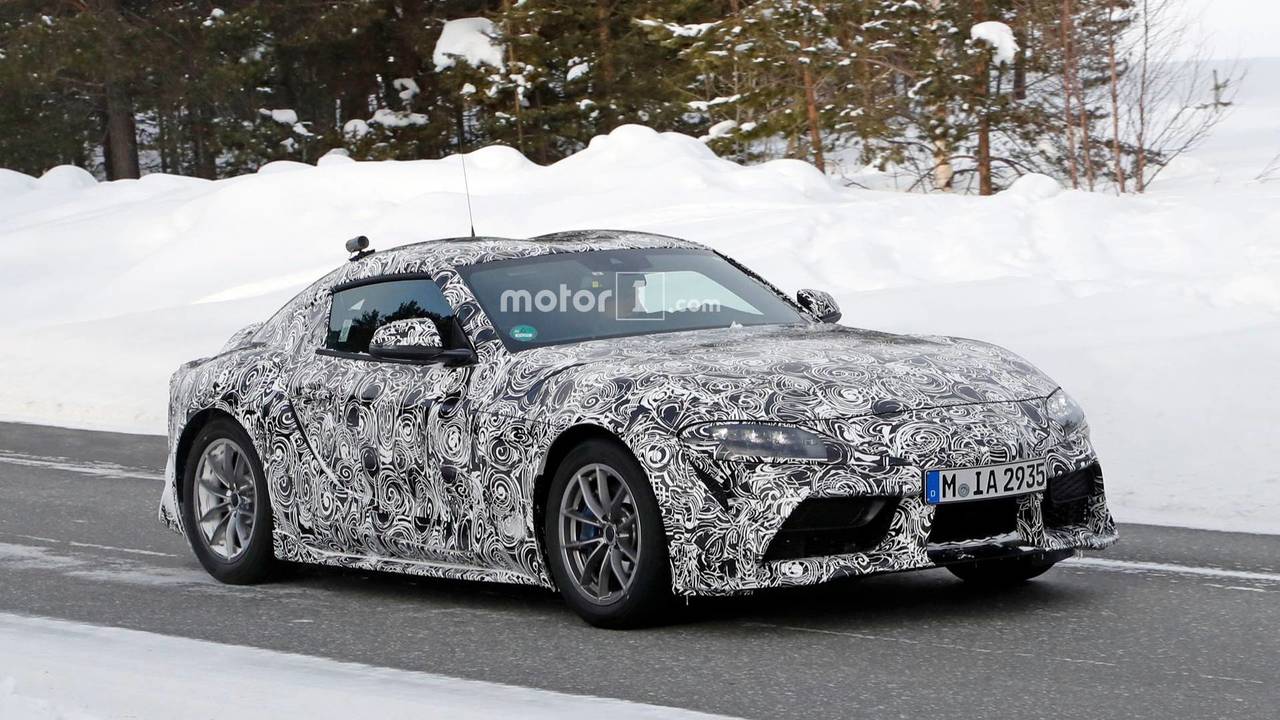 It does look fantastic even in camo wrap. We hope it drives just as good.

We were already beyond antsy for the new Supra to get here before  Toyota showed the GR Supra Racing Concept in Geneva. Now, every time we see new spy shots like the ones our photographers captured today, our necks bend a bit further and the sighs get a bit deeper. We need this freaking car, like now.

Unfortunately, we aren’t going to get it now. Current rumors still say the new production-ready Supra will debut next year at the 2019 Detroit Auto Show. Granted we’ve gone over a decade without a new Supra so a few more months is pale by comparison. That doesn’t make us any less eager to get behind the wheel, however.

This current batch of shots still show the car wearing a full camouflage wrap, but of all the spy photos we’ve seen thus far, these could be the best at showing the production car’s curvy lines. And there are certainly plenty of curves to appreciate; we’re especially fond of the quarter-panel arches over the rear wheels, not to mention the double-bubble on the roof.

Admittedly, in the back of our minds (and we suspect in the back of many enthusiasts' minds) there’s been the nagging thought that the Supra might just be a new BMW Z4 with a Toyota badge. The cars are being developed together; they will share the same platform and recent reports say they will in fact share many suspension and powertrain components, including a BMW-source inline-six engine. As such, there could be potential for serious letdown in that, though it might have great performance, it may feel like BMW in a Toyota suit.

Both Toyota and BMW have said that, despite the common DNA, both cars will have distinct tuning and personalities. In that sense, this latest batch of spy photos is rather reassuring because the Supra’s curves are certainly different compared to the Z4 spy photos we’ve seen, with the gallery above being a great comparison for showing the Bimmer's straighter shape. If both cars are as different to experience behind the wheel as they are to look at (so far, anyway), that should make the Supra’s rebirth even sweeter.