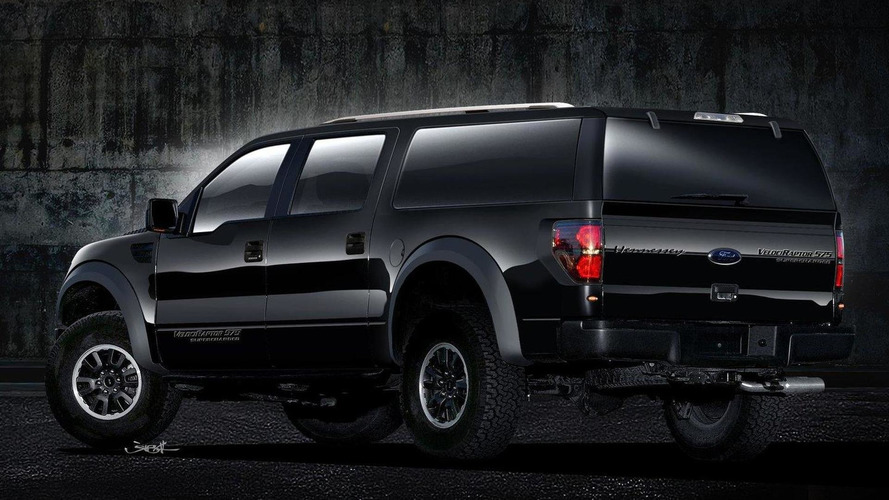 In an increasingly violent world, demand for security has never been higher and Hennessey has spotted a deficiency - most late-model armored vehicles today lack performance and power.

One of America's top tuners, Hennessey Performance, is carving out a new niche for itself: Armored Performance Vehicles (APV). In an increasingly violent world, demand for security has never been higher and Hennessey has spotted a deficiency - most late-model armored vehicles lack performance and power.

Hennessey has set out to correct this starting with the 2012 Hennessey VelociRaptor APV.  In addition to heavy armor protection at the highest levels, Hennessey will apply their tuning experience to enhance the already powerful Ford Raptor Super Crew (series: 411 hp / 306 kW / 417 PS).  With the addition of a supercharger, the 6.2-liter V8 produces 575 hp.  However, that's not the limit.  Hennessey can take that power output up to 800 hp if the client desires.

"Adding armor protection to SUV's such as Chevy Suburbans and Cadillac Escalades can easily increase vehicle weight from 6,000 lbs to over 10,000 lbs," said company founder and president, John Hennessey. "We are excited to be able to apply our 20 years of high-performance experience to the armor vehicle industry."

"The VelociRaptor APV will showcase the highest level of protection, comfort and performance all in one vehicle," Hennessey states.

The APV conversion can be applied to new as well as pre-owned vehicles.  Check out the press release below for a full list of eligible vehicles and their high-performance upgrade specs.