It was May 2017 when we first saw Mercedes-Benz testing a beefier version of its AMG E63 wagon at the Nurburgring, and now, almost a year later, another prototype has been snapped fully camouflaged. The attached spy photos, taken in Sitges, a town about 22 miles (35 kilometers) southwest of Barcelona, Spain, come from loyal Motor1.com reader Darryl Proctor, who also brought to us the spy photos of S-Class Coupe facelift and new Kia Ceed.

Judging by the German license plates, this prototype is from the same series as the AMG 63 wagon filmed on the ‘Ring last year. It has the same wide wheel arches, hiding massive 295-section Michelin winter tires on 20-inch wheels. Behind the wheels, hidden are equally impressive drilled and ventilated brake discs. Other details on this prototype worth noting are the two openings in the front bumper, probably providing cold air for the front brakes.

See the same car testing at the 'Ring: 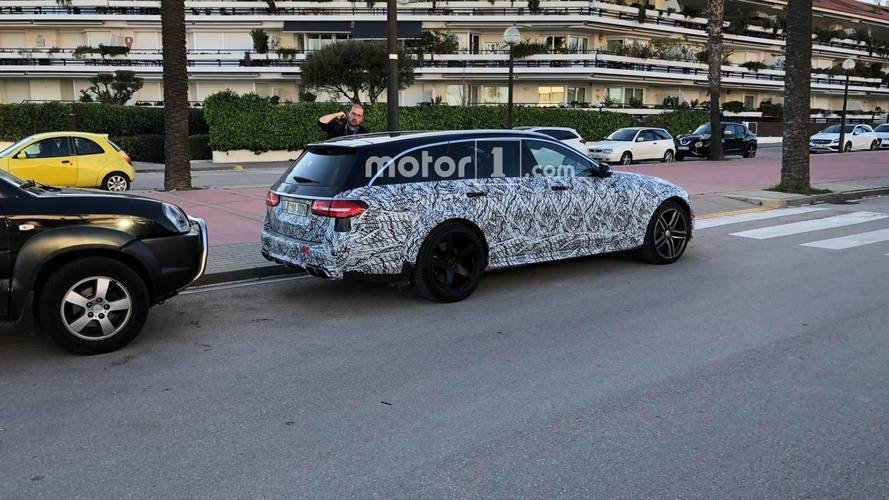 The camouflage foil is not letting us see more from the design of the vehicle, but we assume some aerodynamic tweaks might be in the cards. They could be combined with a considerable weight diet and more power from the engine for improved 0-62 miles per hour (0-100 kilometers per hour) acceleration. Currently, the company’s most powerful and quickest wagon (also the fastest wagon around Nurburgring) needs 3.4 seconds for the classic sprint, so we can expect this figure to go down a few tens of a second.

According to unofficial information, the production version of this hardcore wagon could receive the R suffix and take the crown as the absolute range-topper of the E-Class wagon family. Under the hood should be the familiar 4.0-liter V8 biturbo, probably massaged to deliver a bit more than the current 604 horsepower (450 kilowatts) and 627 pound-feet (850 Newton-meters) of torque.

Special thanks go to Darryl for sending us the images!