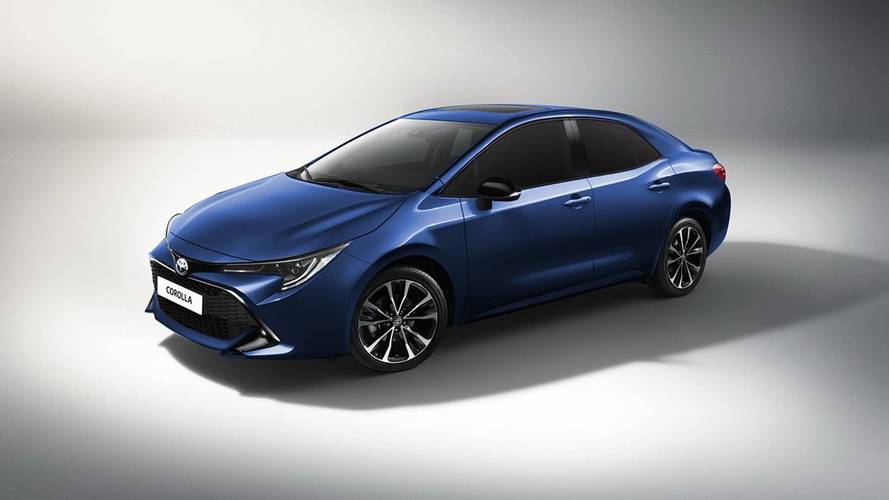 Like the Auris, the next-gen Corolla will move to a new platform set to bring improvements on all fronts.

The undisputed best-selling car in the world and at the same time one of the oldest nameplates in the business is getting ready for its twelfth generation. Spy shots (like the ones attached at the end) have shown Toyota is hard at work prepping the all-new Corolla, which will be more than just a subtle evolution of the current model taking into account it will ride on the Toyota New Global Architecture.

Speaking of which, the TNGA-based Auris hatchback recently unveiled at the Geneva Motor Show has served as a source of inspiration for this digital exercise attempting to see into the future of the hugely popular compact model. The rendering proposes what is essentially an Auris sedan and it actually might not be that far off the mark.

While the success of the Corolla isn’t really related to the car’s exterior design, Toyota might manage to woo even more customers should the next iteration of the sedan look something along the lines of this. Of course, beauty will always be in the eye of the beholder, but we certainly wouldn’t mind seeing the 2020 Corolla looking a lot like this.

The prototypes that have been spotted so far by the spy camera were all wearing a significant amount of camouflage, so we still don’t know how the new one will end up looking. Maybe like a downsized Camry, maybe like a sedan Auris – your guess is as good as ours. It’s a similar story with the interior since it hasn’t been caught on camera at all, while the Auris unveiled in Geneva had all the windows blacked-out to hide the cabin.

Beyond the styling, the aforementioned TNGA underpinnings should bring improvements on all fronts. If the Auris is any indication (and it probably is), the Corolla will be offered with hybridized 1.8- and 2.0-liter gasoline engines. A conventional 1.2-liter turbocharged mill powers the base Auris, but it seems highly unlikely such a small engine will be offered in the U.S.-spec Corolla. By the way, the latter is set to be built at a new $1.6-billion factory in Huntsville, Alabama as part of a tie-up with Mazda.

An increased footprint and a weight loss could be granted by the new modular platform, thus bringing a more spacious interior and better fuel economy. More safety kit is on the agenda, as is the latest and greatest infotainment system Toyota has to offer.

Considering the new Corolla is expected to arrive for the 2020 model year, logic tells us we will get to see the next generation in production metal at some point in 2019.