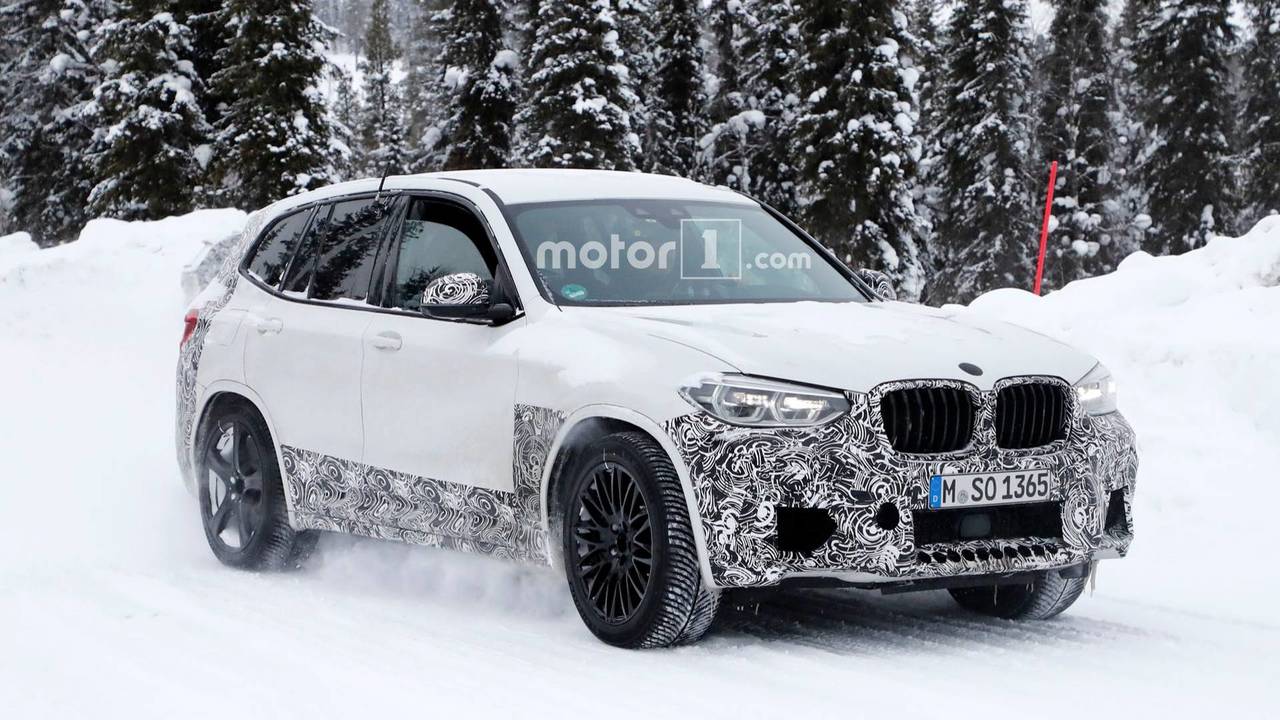 With 450 horsepower rumored to be under the hood it should be quite the performer.

Here’s the latest look at BMW’s amped-up version of its X3 SUV, giving us a pretty good view of the latest ‘bahn burner from Munich. M-specific aero tweaks are still somewhat obscured by the swirl-wrap camo, but it’s certainly not hard to see the redesigned air intakes on the side and middle of the lower fascia. It’s also not hard to spot the telltale quad exhaust tips out the back, nestled a slightly resculptured rear fascia. The M edition could have a different roof spoiler as well.

What else do we know about this pseudo-secret performance SUV? We haven’t seen it out-and-about that much, so information is still a bit slim. We know it will sit a bit lower with a suspension tuned for making the most out of on-road action, and naturally it’ll wear larger brakes to handle the extra speed. Speaking of which, we’re pretty confident the X3’s enhanced power will come from the familiar 3.0-liter biturbo six, tuned to make upwards of 450 horsepower (335 kilowatts) that will of course go to all four wheels.

This round of photos also gave us our first look inside the SUV, which still wears quite a bit of coverings considering we've already seen the new digs in the standard model. Obviously there is some M-specific items to hide, but the M shifter with the M1/M2 buttons borrowed from the M5 are easy to spot.

We obviously haven’t sampled an X3 M, but we did have a lengthy stay with the standard X3. In pedestrian guise we found it to be chock full of the tech we’ve come to love and reasonably welcoming in the fun-to-drive department, but not necessarily something to set the streets ablaze. With that in mind, we suspect a proper M makeover could turn the X3 into a serious performance SUV contender.

Unfortunately, it likely won’t come without a healthy price bump. A fully-optioned X3 already breaches $70,000, which is not an insignificant figure for a full-size people mover, never mind one officially classified as a compact. We don’t know how much the M edition will ultimately cost, but with a full reveal expected before the end of the year, we’ll soon see whether or not the go-fast goodies are worth it.