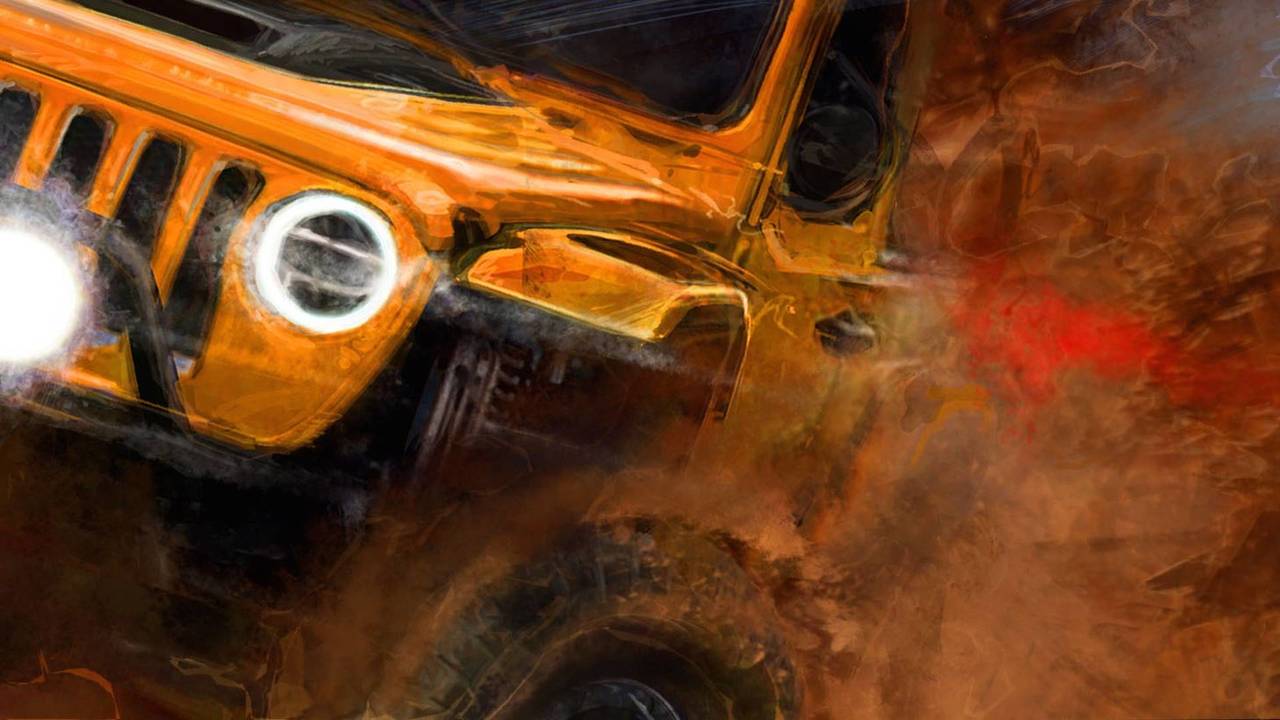 We can't wait to see what other concepts the company has planned.

Another year, another exciting Moab Easter Safari for Jeep. This year the company will be rolling out modified versions of its all-new Wrangler JL for the first time – and they definitely won’t be short on upgrades. The two teaser images pictured here show at least two JL Wranglers that will be present on the excursion, likely be joined by a handful of other extreme off-road concepts.

The first teaser (pictured above), shows an orange Wrangler JL with a few noticeable modifications on the front end. A bull bar has been added to the grille, and the front fenders have been dramatically chopped to make way for what appear to be larger off-road tires. There’s also a distinguishable hood scoop, suggesting that there could be more power under the hood of this particular model.

The second teaser is a bit more telling. The two-tone red-and-white paint job, and the noticeable "Jeepster" badge on the front fender leads us to believe that this concept will be an homage to the classic. The so-called "Jeepster" concept also appears to have chopped fenders in the rear, leaving room for chunkier off-road tires.

The 52nd annual Easter Jeep Safari in Moab, Utah kicks off in less than a week, beginning on March 24 and running until April 1. Just like last year, we expect more than two concepts from Jeep; the company rolled out seven stunning SUVs for 2017’s event, including a modded ZJ Cherokee dubbed the Grand One, a crazy JK Wrangler Quicksand, concept, and a subtle but stylish Trailpass concept based on the Compass.

We'll get to see what else Jeep has planned in the next few days leading up to Moab.

The Jeep® and Mopar brands have once again joined forces to create a selection of Jeep concept vehicles for the annual Easter Jeep Safari. These images hint at two of the new concept vehicles that will head to Moab, March 24 – April 1. Look for more information and images next week.