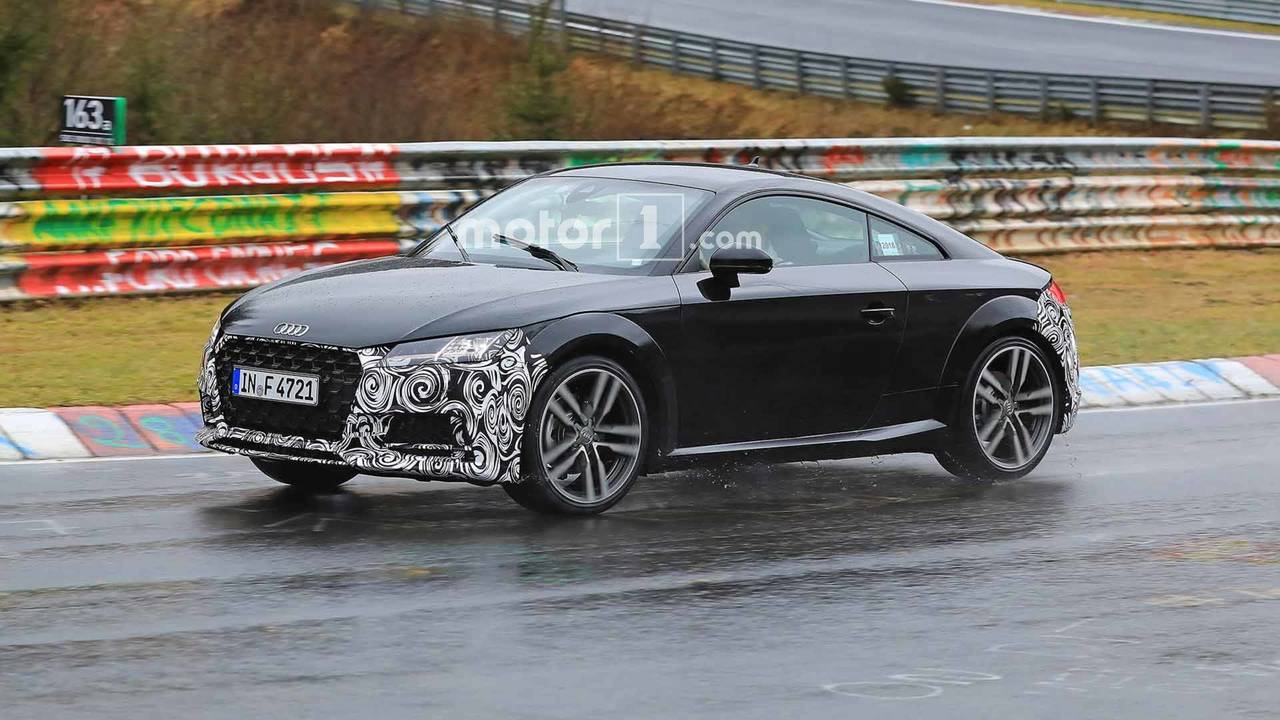 Revisions to the front and rear bumpers are the major changes visible here.

Audi has taken the refreshed TT to the Nürburgring for some testing around the wet course. Look for the updated model to be on sale for the 2019 model year and debut at an auto show later in 2018.

These spy shots once again provide evidence that the design changes for this refresh are mostly around the front and rear bumpers. There are also revised headlights that now feature the LED running lights along the top edge, instead of the bottom. The tail gets a slightly more prominent simulated rear diffuser between the exhaust outlets. Earlier spy photos show that the TT Roadster and TT RS have styling upgrades on the way, too.

The refreshed TT RS looks especially good (gallery below). It receives a small tweak to the front fascia by adding more strakes. Plus, there's an updated diffuser at the back. Audi also updates the side sills by making them a little thicker, which lends greater visual weight to the rear.

There aren't yet photos inside the refreshed TT but don't expect many changes. The cabin would likely get the latest version of Audi's Virtual Cockpit digital instrument panel. Some trim improvements would likely accompany the refresh. Not much else should change.

The TT might receive some slight powertrain upgrades, but the changes might be limited to Europe. The aging 1.8-liter mill that's currently the base engine there could go away. Instead, a de-tuned version 2.0-liter turbo may become the standard powerplant. It would make around 200 horsepower (149 kilowatts), and the more powerful 227-hp version would remain available in Europe, too, for customers looking for more muscle. 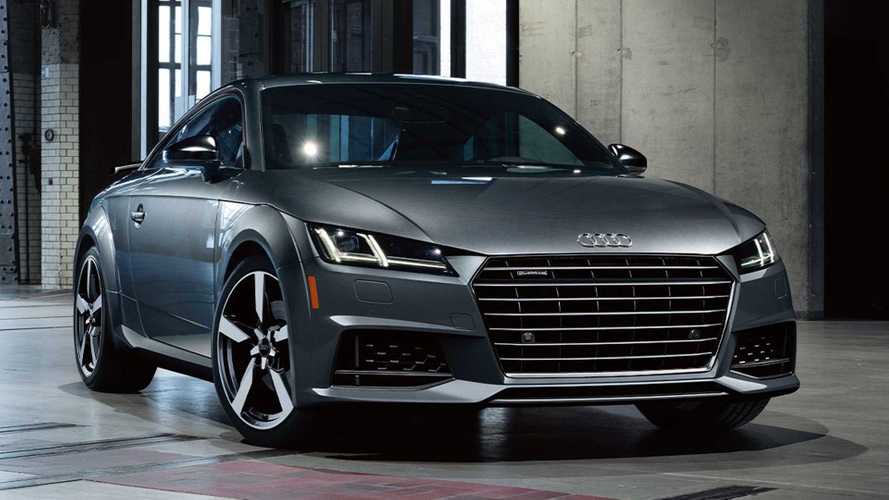