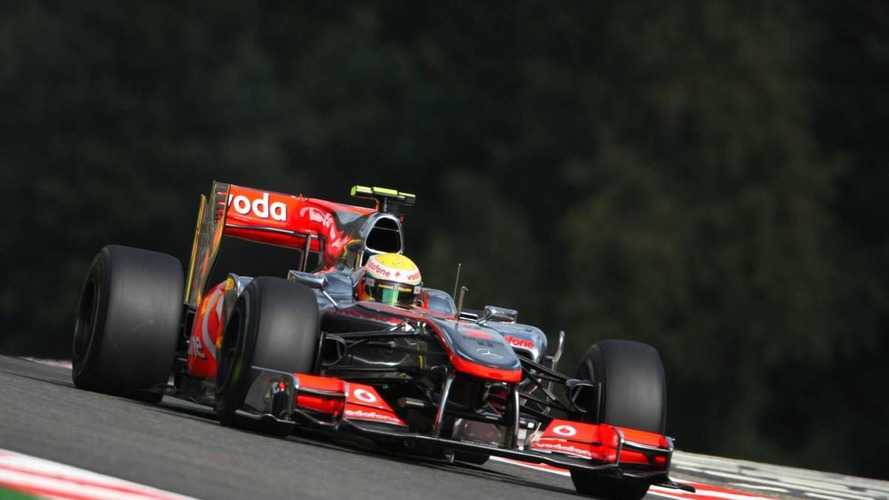 McLaren has modified the floor of its 2010 car to conform to new floor flexibility tests introduced this weekend at Monza.

McLaren has modified the floor of its 2010 car to conform to new floor flexibility tests introduced this weekend at Monza.

Ironically for the British team, the FIA devised the new tests amid shrill complaints about the allegedly flexible Red Bull and Ferrari cars.

"The new offset load test is a little challenging," admitted Tim Goss, chief engineer for the MP4-25 car, during a team teleconference on Wednesday.

"We've had to make some minor modifications just to make sure we're well inside the deflection limits.

"We've taken the opportunity to roll it up into a minor performance upgrade as well," he revealed.

The first wave of new tests debuted at Spa-Francorchamps two weeks ago, where McLaren figures observed that they thought the Red Bull was not flexing as much as it had previously.

Goss, who said McLaren did not need to modify its front wing at all, thinks the Red Bull will also be affected by the Monza floor tests.

"I think as far as the offset bib test is concerned, I would expect most teams would have had to have made changes to comply with that," he said.

"As far as articulated planks are concerned, there are a number of teams who run floor skids in multiple pieces and I imagine other teams will have to make modifications for that," added Goss.

He thinks this weekend's Italian grand prix will be hotly contested.

"I think most people would say we're unlikely to see Red Bull Racing with the substantial advantage they had at the Hungarian grand prix," Goss concluded. "I bet Monza will be very tight."