Audi will begin production of the road-going model later this year.

To prove the capabilities of its upcoming E-Tron Quattro dedicated EV SUV, Audi intends to put 250 prototypes on the road for 3.1 million miles (5 million kilometers) of testing across four continents. The test mule in this spy video isn't one of those crossovers. Instead, think of this SUV as a final, camouflaged prototype before the more public evaluations begin. 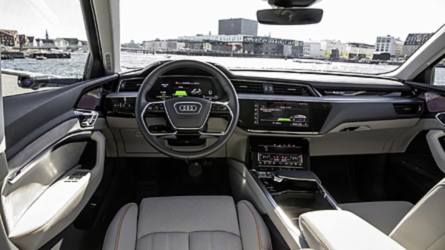 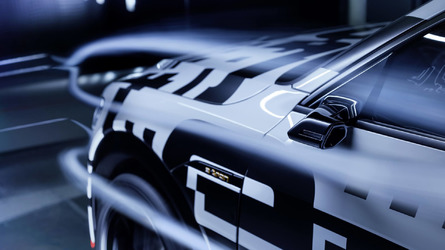 Audi showed one of the SUVs for the upcoming test at the Geneva Motor Show (gallery above). The automaker will cover them in a mix of black-and-white digital camouflage and orange accents. The vibrant combination seems more likely to catch people's attention than hide the model's shape, but getting noticed is likely exactly what Audi wants from this stunt.

The E-Tron Quattro features a broad, hexagonal grille and skinny headlights with sharp edges. For the profile, Audi's designers seem to blend the modern SUV trend towards a coupe-like rear with a more traditional, boxy shape. The balance works well by making the model look stylish without appearing to hamper rear headroom and cargo volume too much. A strip of LED taillights dominate the rear.

Inside, expect the EV to have a modern, high-tech cabin, including amenities like Audi's Virtual Cockpit digital instrument panel.

The E-Tron Quattro reportedly features an electric motor driving each axle. The setup allegedly produces 435 horsepower (320 kilowatts) and 503 hp (370 kW) is available for a brief boost in power. The battery pack will reportedly have enough capacity for 311 miles (500 kilometers) of range, at least in Europe's NEDC test.

E-Tron Quattro production will begin this year in Belgium. Later, Audi will add a production version of the E-Tron Sportback concept on the same platform.