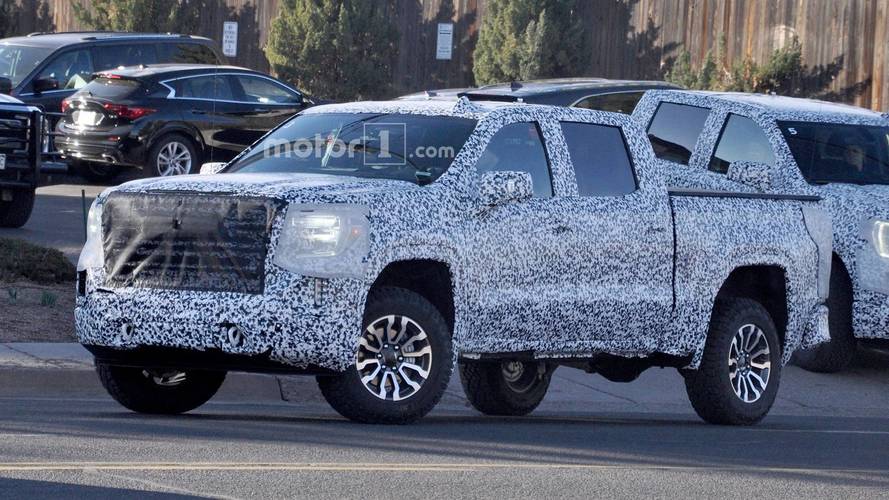 It should be GMC's version of the Chevrolet Silverado Trailboss.

The 2019 GMC Sierra has been revealed, but as we saw just a couple days ago with the SLE model, there are still versions we’ve yet to see. Today we catch another one, but with it still wearing some camouflage this isn’t just another notch in the new Sierra lineup. We’re pretty sure this is a special all-terrain variant that will match up to its hardcore off-road Chevrolet Silverado sibling, the Trailboss.

How do we know? For starters, it’s riding on the exact same aggressive all-terrain tires fitted to the Trailboss. It also seems to ride a bit higher than other Sierras we’ve seen, indicative of a two-inch body lift that also befalls the Trailboss. Then there’s the fact this Sierra is still wearing a camouflage wrap. We already know what the new Sierra looks like, but if GMC follows suit with Chevy on its dedicated off-roader, the coverings are hiding an abundance of black trim in place of chrome. There might also be a redesigned grille up front.

The clincher for us on this truck, however, comes underneath. We know the Trailboss sports skids plates and Rancho suspension, and while camera isn’t aimed quite low enough to identify skid plates, we definitely see Rancho shocks on the rear axle. Add it all up, and we come to a pretty clear conclusion.

As for the name, inside sources tell us this all-terrain GMC will in fact be called All-Terrain. Admittedly it’s not terribly imaginative, but it certainly gets the point across. It’s also a moniker that could be easily tied with other trim levels – GMC Sierra Denali All-Terrain perhaps?

Like the Trailboss it will utilize the same powertrain options found throughout the Sierra line, so it won’t get any special engine or power upgrades. As for when we can expect to see the new model, we don’t have a specific timeframe other than it should debut before the truck officially goes on sale in the fall. 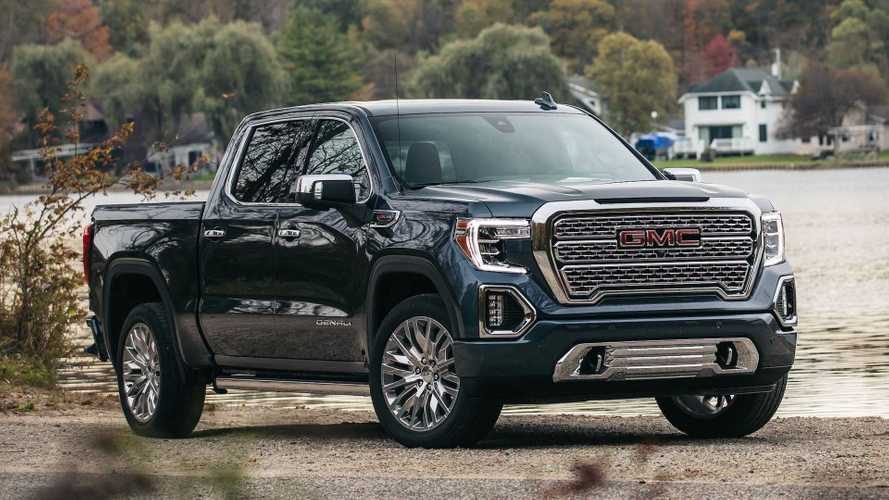