Pre-Order The Polestar 1 With A Refundable $2,500 Deposit 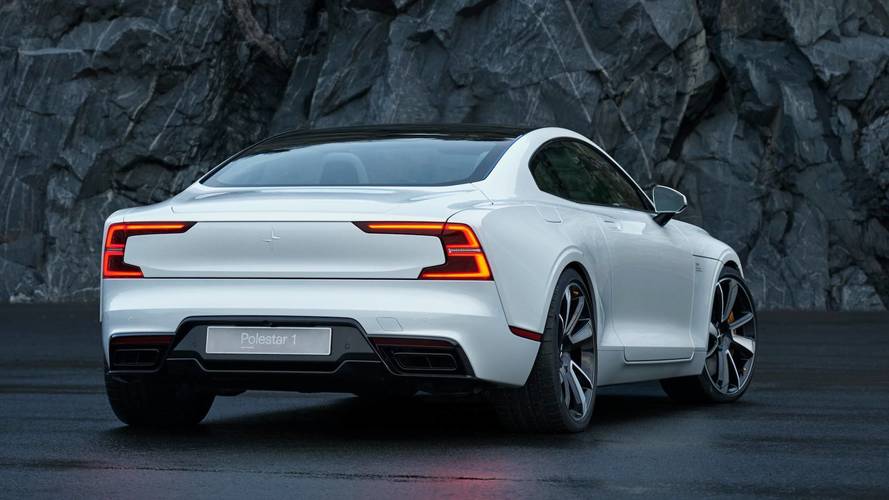 The final asking price will be somewhere around $150,000.

In the market for a potent Polestar 1? Now you can pre-order the 600-horsepower (447-kilowatt) hybrid coupe ahead of its showroom debut in 2019. The company has opened up early order forms for interested buyers in 18 countries, allowing buyers to reserve their build with a $2,500 deposit (€2,500 euros, or ¥20,000). The 18 countries include Austria, Belgium, Canada, China, Denmark, Finland, France, Germany, Italy, the Netherlands, Norway, Poland, Portugal, Spain, Sweden, Switzerland, the U.K., and the U.S.

"With over 7,000 people interested in owning a Polestar 1 since its reveal, we are extremely encouraged by the passion shown for our product," said Thomas Ingenlath, CEO of Polestar. "We will now take the next steps towards delivering this beautiful car to our first customers."

A $2,500 deposit may not seem like a big investment – but don’t expect that deposit to go far in the final asking price. Polestar hasn’t officially released an MSRP, but pricing is expected to start somewhere in the neighborhood of $150,000 to $177,000. Of course, for the price, you do get plenty in the way of performance.

The Polestar 1 comes packed with a 2.0-liter turbocharged engine paired with two electric motors, bringing the total output to 600 hp and 738 pound-feet (1,000 Newton-meters) of torque. Running on pure electric power, the Polestar can achieve a range of 93 miles (150 kilometers), giving it the best electric range of any production hybrid out there.

Polestar 1, the first car from the new electric performance brand Polestar, is now available for pre-ordering in 18 countries around the world. This marks the latest step in the Polestar brand journey, while the Polestar 1 continues its first public appearance at the ongoing 2018 Geneva International Motor Show.

Along with the opening of the pre-order process, a new car configuration tool allows prospective customers to visualise their Polestar 1 before placing their pre-order.

“With over 7,000 people interested in owning a Polestar 1 since its reveal, we are extremely encouraged by the passion shown for our product. We will now take the next steps towards delivering this beautiful car to our first customers,” says Thomas Ingenlath, Chief Executive Officer of Polestar.

The pre-order process involves a fully-refundable €2,500 ($2,500; 20,000RMB) deposit, which serves as a placeholder in the queue for a Polestar 1. Pre-ordering is now available in the following 18 countries: China, United States, Sweden, Germany, Norway, the Netherlands, Denmark, Finland, the United Kingdom, Spain, France, Portugal, Poland, Italy, Austria, Switzerland, Belgium and Canada.

The Polestar 1 is an Electric Performance Hybrid GT coupé which produces 600 horsepower and 1,000 Nm of torque, while offering 150 km of pure electric driving range – the longest of any hybrid car in the world.