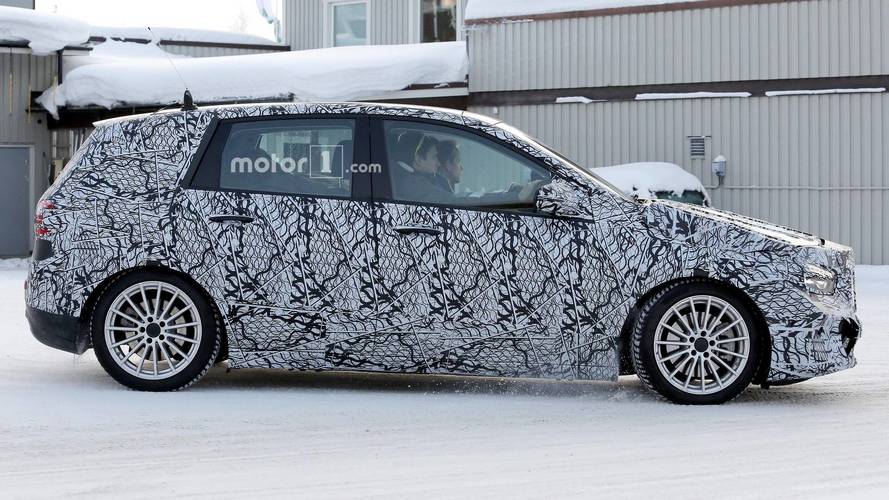 Will it be a classic minivan or an SUV?

Mercedes-Benz plans to launch at least seven new models on the platform that underpins the recently launched A-Class hatchback. One of them will definitely be a successor to the slow selling B-Class premium minivan, as we’ve already seen prototypes of the model testing with production bodies.

But what’s even more interesting, the German automaker will also launch a seven-seat compact car on the same Modular Front Architecture (MFA), Mercedes sales boss Britta Seeger has confirmed in a recent interview to Automotive News. The main reason for this decision is China, where Daimler sees “a growing desire for seven-seat vehicles.” Will it be a classic minivan or an SUV? “You will have to wait and see,” Seeger says.

What are the other MFA-based models Mercedes is currently working on? A sedan version of the A-Class, which will be followed by the more stylish CLA. They will be joined by the GLA crossover and the slightly larger GLB. A long-wheelbase A-Class Sedan is also on the agenda, but it will remain a China-only affair.

Speaking to the online publication, Seeger also made it clear electric vehicles won’t be part of the A-Class and B-Class families, as those vehicles “will be purpose-built models that all belong to the EQ family.” She also declared that Mercedes is very satisfied with its diesel engines and diesel sales. Despite deliveries being marginally down in 2017 compared to 2016 by less than a percent, the increased volume means total diesel sales for the automaker were higher.

As a final note, Seeger also said Mercedes is super happy that it is now the No.1 premium manufacturer in the world and will work hard to retain this position. “We are confident we will provide the best answers to customers so they can make the right choice. It took a lot of hard work [climbing to top position], but we delivered a robust answer, well ahead of our original plans.”

Read the full interview at the source link below.