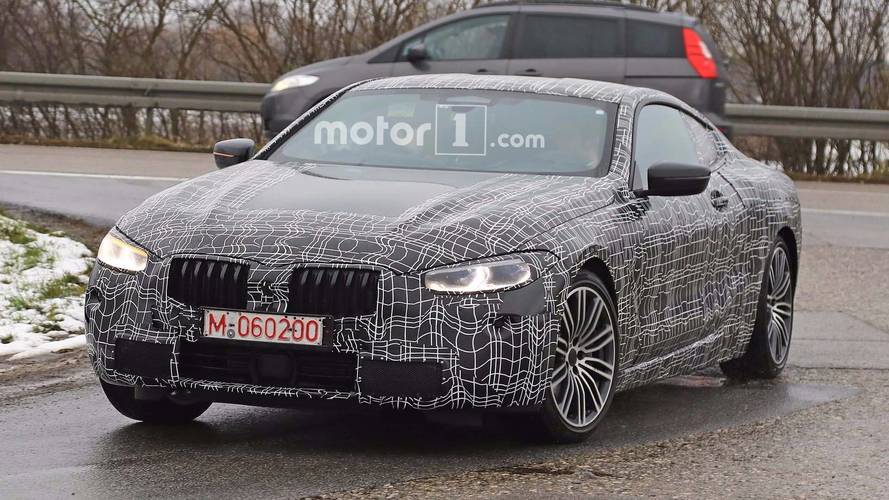 The company only let certain VIPs see the new 8 Series in Switzerland.

BMW's big, public debut at the 2018 Geneva Motor Show was the Concept M8 Gran Coupe, but a few lucky folks reportedly got to see the 8 Series in production-ready guise there, too. According to an insider source speaking to BMW Blog, the company showed the upcoming coupe behind closed doors in hopes of gaining feedback from certain trusted people.

This insider reports that the front is very similar to the concept (gallery above), particularly the grille. The rear is also reportedly a lot like the concept but with slightly different taillights that take cues from the X4. Inside, this person claims that there's a screen that's "very big for a BMW," according to BMW Blog.

This person's opinions are intriguing because they offer a chance to compare this description with leaked images of the 8 Series. For example, the picture below purportedly catches the production version of the vehicle, and it backs up the notion that the narrow headlights and angular grille comes from the concept. BMW fits a more conventional lower fascia, though, that does away with the show car's huge intakes in the corners.

Around back, another leaked image backs up what this insider claims, too, because the narrow taillights have a similar shape as the X4. The similarities with the concept are harder to see, though, because BMW tones down the angular styling to give the rear a more conventional appearance.

Inside, it's a bit harder to see what this insider means by the screens being large for a BMW. The digital displays look great, but the leaked image below doesn't suggest that they are especially big. Perhaps, the styling here isn't final, or BMW has a different layout under development for some models of the 8 Series.

Both the standard 8 Series and high-performance M8 will debut in 2018. BMW won't disclose when or where, though. The entire powertrain range isn't yet clear either, but the company's 4.4-liter biturbo V8 is likely among the choices. The 6.0-liter biturbo V12 might be available, too.