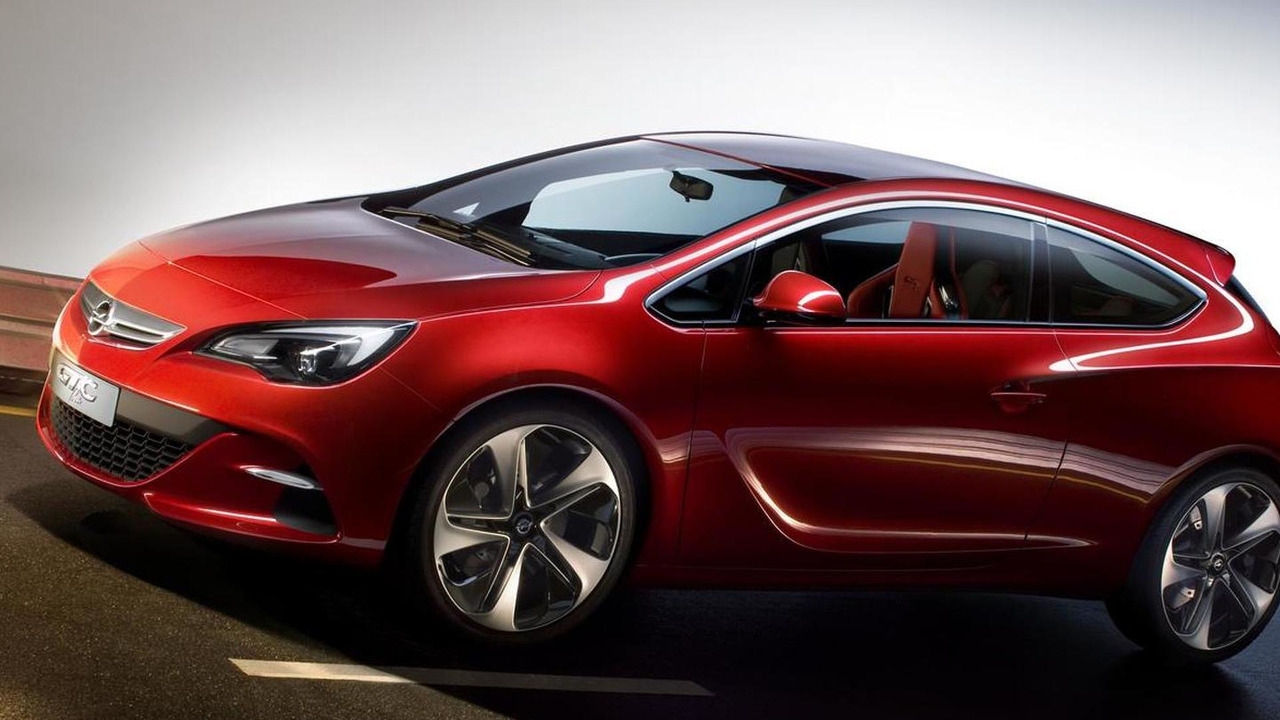 Opel has released the first official pictures of the GTC Paris concept. It effectively previews the new Astra OPC / VXR.

Opel has released the first official pictures of the GTC Paris concept which previews the new Astra OPC / VXR.

Designed to encompass the philosophy of "...and the speed was pure beauty," the GTC features an aggressive front fascia, LED daytime running lights, muscular rear wheel haunches, and classic Opel styling cues (the 'blade' from the Insignia). Other highlights include a roof-mounted spoiler, 21-inches wheels, and aluminum window trim.

Under the hood, power is provided by a turbocharged 2.0-liter four-cylinder engine with "maximum horsepower and torque." While nothing is official, speculation has suggested the engine could produce up to 300 hp (224 kW / 304 PS) although other reports have stated 285 hp (213 kW / 289 PS). Regardless, the four-banger will feature start/stop technology and be connected to a six-speed manual transmission.

To ensure the ride matches the sporty styling, Opel engineers installed a FlexRide suspension (with a Watt's link in the rear) and a limited-slip front differential.

More information will be released later this month, so stay tuned for details.