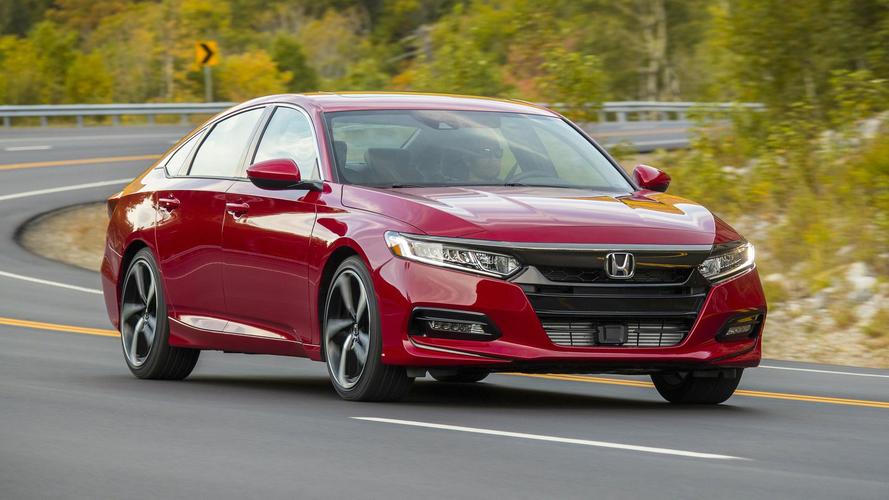 Despite being all new for 2018 and winning the 2018 North American Car of the Year competition, the Honda Accord is not the sales hit the Japanese manufacturer hoped for. According to data from CarSalesBase, 19,753 examples of the sedan were delivered last month, down by 22 percent compared to February 2017. And, naturally, this is leading to hundreds of brand new Accords waiting for their new owners for weeks or months.

According to Automotive News, as of March 1, inventory levels stood at a 104-day supply, which is very high by any standards. Dealers around the United States are reportedly blaming the lack of attractive lease deals, and one unnamed dealer even said Honda is abandoning buyers who only lease.

The booming SUV segment also plays an important role here, as February results for the Nissan Altima and Ford Fusion, for example, are not quite different. Sales of both are down by approximately 25 percent year over year. The Toyota Camry however enjoys a strong 7.1-percent increase in sales thanks mainly to its tempting lease offers.

"I'll be surprised if we don't see some help in April or May,” Dave Conant, owner of Conant Auto Retail Group which has four Honda stores in California, commented. “They're not going to let the car sit on the lot. Without the incentive support, the payment from the car [that customers are] trading to the new one — the gap is too large. They need to do something to bring that closer, and the car will start selling and leasing well again."

A quick comparison reveals that Honda is asking $249 monthly with $3,199 down on a standard three-year lease deal for the entry-level Accord LX, while in Miami, a Camry can be leased for $199 per month with $3,198 down.