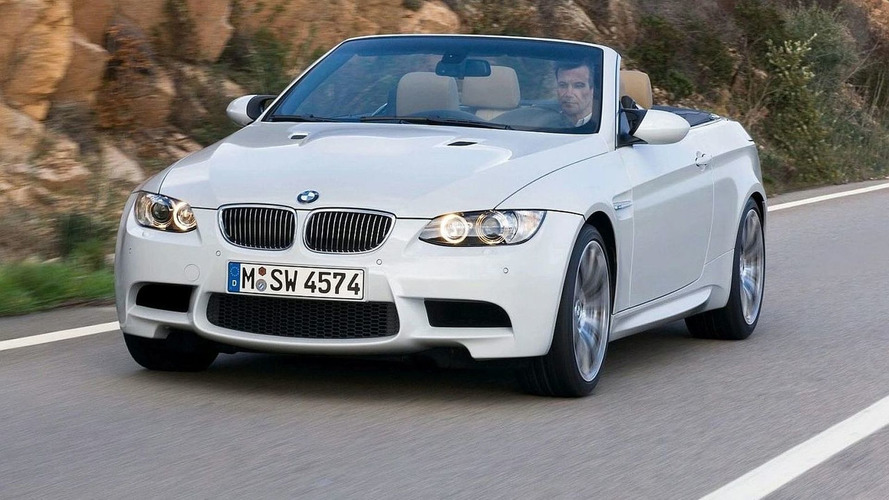 BMW South Africa, manufacturers and exporters of 3 Series sedans to Japan, Australia, Singapore and other places, announced today the launch date of the new M3 Convertible.

Long spied and photographed - see side links - , M3 Convertible uses a hard folding top as opposed to the ragtop of previous models. It will launch in South Africa in May 2008, the same month as the appearance of the 1 Series Convertible. Not the best of months to let the cold breeze in, but South Africa does get a little warm around midday in winter in most parts, hence the sweaty convertible drivers who never know what time to close the top. Pricing for the sky-view is an “ouch”-inducing R744 500 (about USD 99,000).

Confirmed for the same time is BMW’s new M-DCT ‘box with its claimed quick changes that launch the vehicle 0.2 seconds faster than the manual. As was widely expected that M-DCT – M Double Clutch Transmission – will change seven times forward, while some competitors (codenamed Lexus IS-F) are even going for eight. M-DCT is a double-clutch system that works by pre-selecting the next gear before a driver selects it, thereby cutting the time it takes for changes to happen. Automatic mode can also be selected for slow traffic driving. The M-DCT option will set South Africans back some R783 500 (USD 106,000) for the Convertible, R702 000 (USD 94,800) coupe and R673 000 (USD 90,945) for the sedan.

We think a lot more South African dads will now be much happier transporting the kids to and from school than before.

- An edit error in the initial press release suggested M-DCT would be 6-speed forward. It has now been corrected.