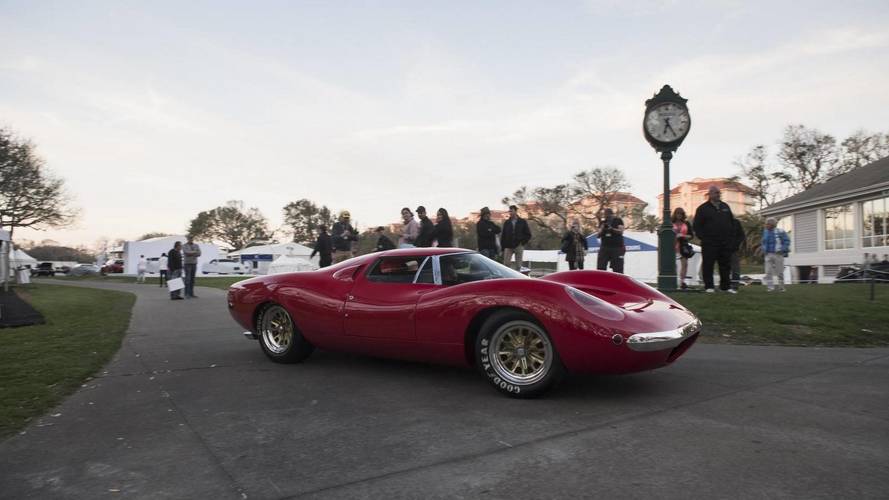 Only one prototype was made of the planned replacement for the Cobra, and it's barely been seen since 1975. Now it's been restored and is on show at Amelia Island Concours

We all know Carroll Shelby’s cars, don’t we? The Cobra, the Daytona Coupe, the GT40, the Shelby Mustang, etc. But what about the Lonestar? Now there’s one you don’t hear of often, and that’s because only one was made, and that car has been tucked away in rather tired condition since the mid-1970s. Cared for and cherished but in need of full restoration.

Now it’s back, finally restored and revealed for the first time at the Amelia Island Concours d’Elegance in Florida. It’s a stunning car, originally created from a mix of Cobra and GT40, with input from both Shelby and John Wyer Automotive Engineering (JWAE) in Slough, England.

So how did it come about? It was meant to be the replacement for the Cobra 427, planned by Shelby American as the Cobra III as early as 1965, just as the 427 was going on sale. But Shelby America was already busy with its commission to rework the GT40 into a Le Mans winner, and developing the Mustang race car.

In a neat swap, Shelby turned to JWAE, partners in the GT40 project, for input into its design. It seems that the two companies came at the project from different perspectives, with Shelby American favoring a conventional front-engine, rear-drive layout, with Ford V8 power, as you’d expect of a Cobra successor. JWAE, schooled in the GT40, itself derived from a Lola design, proposed something very different. Engineer Len Bailey wanted to use the GT40 as the basis for the new car, but making it more civilized for road use.

The general layout of the GT40, with a Ford V8 behind the cockpit and transmission behind the engine, rear-hinged engine cover, front-hinged luggage compartment up ahead, was kept. The body would be aluminum, the suspension GT40-derived, but components such as wheels and brakes would come from the Cobra. The engine would be a V8 with a ZF five-speed transmission.

Surprisingly, perhaps, Shelby opted for the JWAE proposal. The company developed it further, creating a quarter-scale model by the end of 1966 to test in the wind tunnel. It received approval from Shelby in early 1967 to produce a full-size prototype – the car you see here.

A body was created in aluminum by Maurice Gomm in Woking, England, and a chassis developed that was part Cobra, part GT40, with a wheelbase halfway between the two. By that point the rights to the Cobra name had been lost, and Ford objected to the references to "Cobra III." so the project was named Lonestar, as a nod to Carroll Shelby’s home state of Texas.

As soon as the car was finished at JWAE, engineer John Horsman drove it to the docks for it to be shipped to Los Angeles. JWAE had painted it red and fitted it with a white interior, but almost as soon as the car arrived at Shelby American, the white interior was changed to black. The Lonestar was delivered to Ford at Dearborn for evaluation but returned some time later without approval – Ford’s backing was crucial for the project.

Although it’s not known for sure why Ford didn’t take on the Lonestar despite the successes with the Cobra and Mustang, it’s likely that the difficult entry into the cockpit over the wide sills, the high projected price of the car – around double that of the Cobra 427 – and changes to regulations for low-volume models would have put them off.

Of course, Ford UK had already built a roadgoing version of the GT40 itself, which had also proved highly impractical and expensive, with just seven produced. Shelby, exhausted by the workload and with other things to think about, abandoned the Lonestar project, and advertized it in Autoweek/Competition Press with the following ad:

It sold, and passed through several owners until it was bought by its current owner, a Cobra collector, in 1975. By that point the Lonestar was looking rather down-at-heel, with a riveted repair to the bodywork and the front bumper missing.

"I drove it around LA before I trailered it home to Arizona," the owner reports in The Cobra-Ferrari Wars 1963-1965. The car was a bit trashed, but gave every evidence of GT40-like performance. It drove right on my 1964 team Cobra competition 289 trailer like it was made for it. Everyone thought I was crazy."

After many years tucked away in his collection, the owner took the car to Cobra specialist Geoff Howard of Accurate Restorations in Connecticut. Geoff has been working on the Lonestar for more than a decade, incredibly managing to keep around 95% of the original parts, as well as recreating the missing front bumper.

He finished it just before Amelia Island Concours d’Elegance where it was unveiled to great approval.