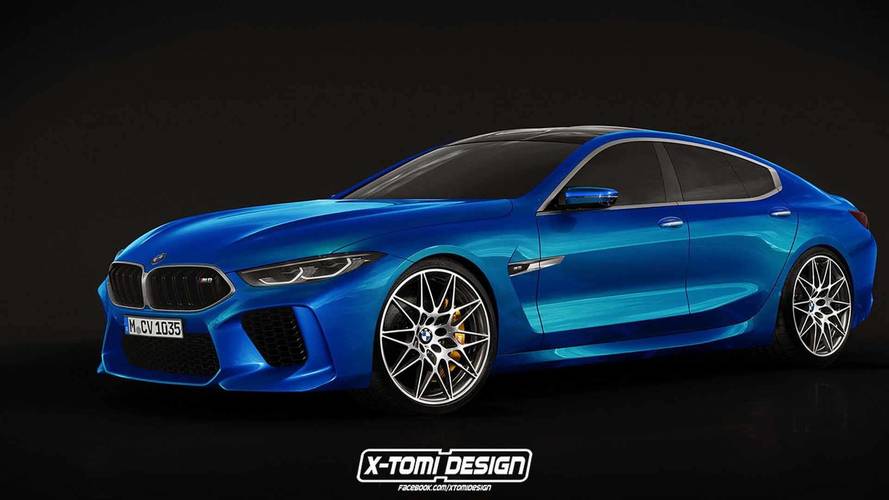 The production M8 Gran Coupe rendering doesn't look as shapely, but it's still an attractive sedan.

BMW will allegedly launch a production version of the recently revealed Concept M8 Gran Coupe in 2019. Unfortunately, the transition to the road will force the company to tweak the current very attractive design to be a little more usable on the road. This rendering from X-Tomi Design suggests that BMW's designers might not have to adjust too much for the transition into a showroom-ready model.

In front, the rendering refines the concept's sharp nose to give it a blunter shape, but the lower fascia has a very similar design with three larger openings and smaller inlets at the corners. Tweaking the front end also forces this model to have a slightly taller grille, which also makes the model lose some of the shark-nosed aesthetic from the concept.

From the side, the rendering gives the Concept M8 Gran Coupe has a taller roof that would provide more headroom for passengers. However, the change makes the sedan look less sleek by changing to a more bulbous appearance. The tweaks also change the way that the roof incorporates into the tail, and the transition is less smooth here than on the one in Geneva.

This images doesn't provide a good look at the rear, but the changes are easy to imagine. It would be difficult for BMW to incorporate the concept's dark taillights, so a production model would likely have a more traditional mix of red, amber, and white. The massive outlets behind the back wheels would likely be more shallow on a production version, too.

Images don't yet show the Concept M8 Gran Coupe's interior, but spy shots of the coupe are a good preview. The cabin features a wide, digital instrument display, and there's a similarly broad infotainment screen next to it with a piece of leather and metal trim separating them.

Power would allegedly come from a version of BMW's 4.4-liter biturbo V8 with an output in excess of 600 hp and routing through the latest xDrive all-wheel-drive system. There's a possibility of the company offering a V12 variant, too.