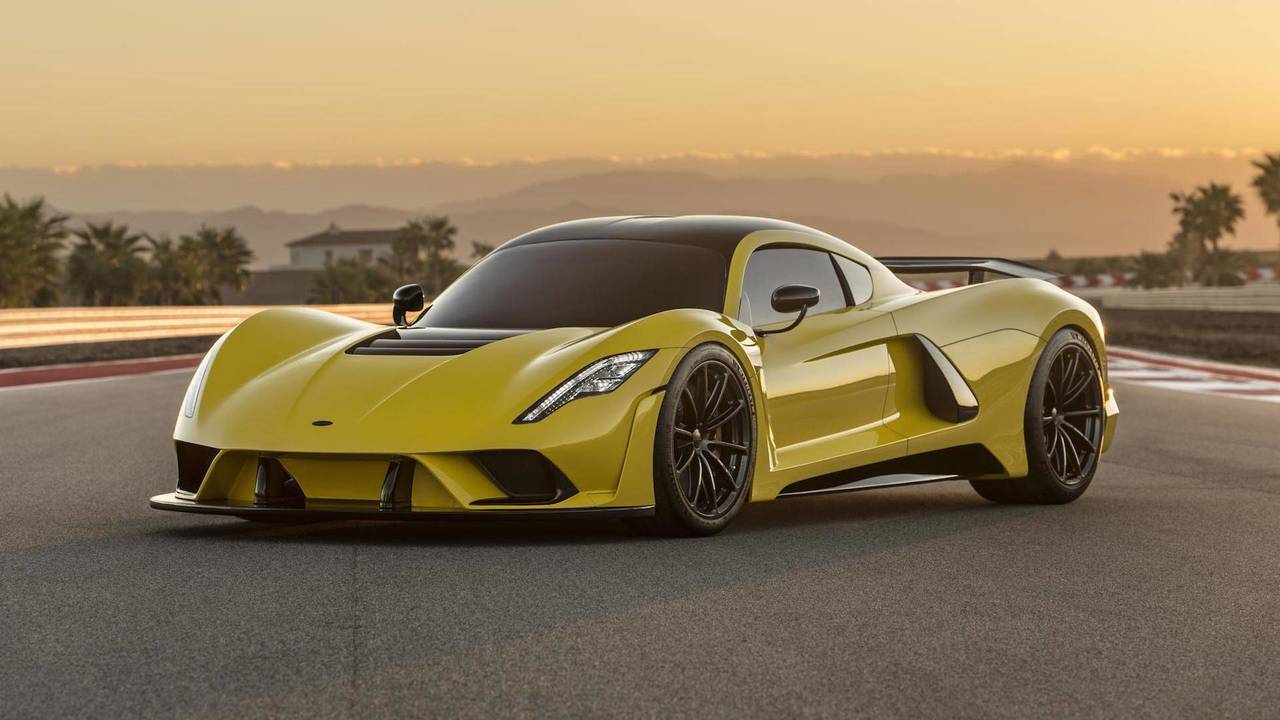 The 8.0-liter V8 will be completely bespoke.

The Hennessey Venom F5 marked its European debut this past week with a showing at the Geneva Motor Show. The 1,600-horsepower (1,193-kilowatt) hypercar was on display alongside some of its closest competitors, including Bugatti and Koenigsegg, with CEO John Hennessey at its side. Even though we learned almost all there is to know about the F5 at SEMA, the CEO let slip a few crucial new details in Geneva surrounding his so-called 300-mile per hour Venom F5.

In an interview with TopGear.com, Hennessey said that the Venom F5 will have a "completely bespoke, 8.0-liter twin-turbo V8." Even more interestingly, it could tack on another pair of turbos, bringing the total number to four. That engine will still produce the same 1,600 hp (1,193 kW) announced at launch, and should be able to help it reach Hennessey’s goal of 300 miles per hour (428 kilometers per hour). The company is still gunning for the overall speed record, after all.

"You’ve got Koenigsegg in first position now. Bugatti is not going to take it sitting down, so they’re gonna jump back in the game," said Hennessey in the interview. "But I think there’s a squabble somewhere in the 280s, and about the time dust settles from those guys slapping each other about then we’ll turn up."

But even with all that outrageous speed on tap, Hennessey wants the Venom F5 to be comfortable, too. "We’re looking to build a car that is very comfortable on the road," he continued, "and delivers unbelievable straight-line performance."

Just 24 examples of the Venom F5 will be built at Hennessey's Sealy, Texas facility. Each one will cost a hefty $1.6 million – but options could push it well over the $2 million mark. Potential owners will have to apply and be approved by John Hennessey himself prior to taking delivery of the car.