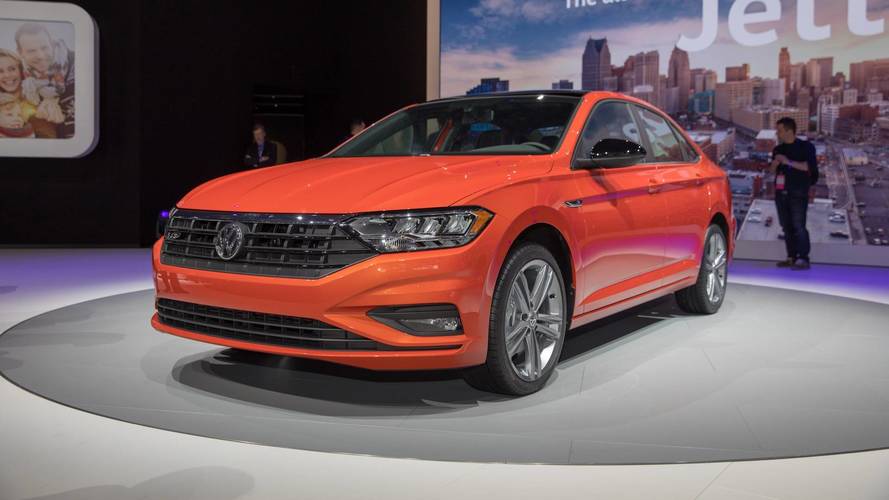 The all-new Jetta is considerably more fuel-efficient in the city than before.

That sleek new body, coupled with an eight-speed automatic transmission, help the all-new 2019 Volkswagen Jetta return better fuel efficiency than the outgoing model. Whether equipped with that automatic or with a six-speed manual, the new Jetta is rated for 30 miles per gallon city, 40 mpg highway, and 34 mpg combined. The 2018 Jetta was rated between 27 and 33 mpg combined, depending on powertrain.

Specifically, the 2018 Jetta with the 1.4-liter turbo engine returned 28/40 mpg with a five-speed manual transmission, and 28/38 mpg with the six-speed automatic. Other 2018 Jetta engines, with the optional 1.8- and 2.0-liter turbo mills, delivered worse economy scores.

The new Jetta’s EPA numbers are certainly impressive, but they’re not quite best-in-class among gasoline-powered, non-hybrid competitors. The Honda Civic sedan, for instance, will deliver EPA ratings of 32/42 mpg when equipped with its 1.5-liter turbo engine and continuously variable transmission. And many of the Jetta’s direct rivals –the Chevy Cruze, Hyundai Elantra, and Toyota Corolla – will manage 40 mpg highway it at least one trim level.

Volkswagen says that the one of the keys to the improved efficiency in the Jetta was better aerodynamics, aided in part by active grille shutters and new air curtains that funnel airflow around the front wheels; the drag coefficient is a low 0.27. The other major contributor was the eight-speed automatic, which replaces the six-speed automatic in old Jettas, as well as a standard engine stop-start feature.

The 2019 Volkswagen Jetta switches to the MQB modular platform also used by the newest Golf. The sedan is larger than before, with more interior space, and has bolder styling with a more gently sloping roofline. At launch, the car will have a turbocharged 1.4-liter inline-four engine good for 147 horsepower and 184 pound-feet of torque. New on-board technology includes a full-color Digital Cockpit instrument cluster, 10-color ambient lighting, pre-collision braking, and an updated infotainment system with support for Apple CarPlay/Android Auto. We’re confident that a higher-output GLI variant is on the way, too.

The 2019 Volkswagen Jetta goes on sale in the second quarter of this year. Stay tuned for our full First Drive soon.