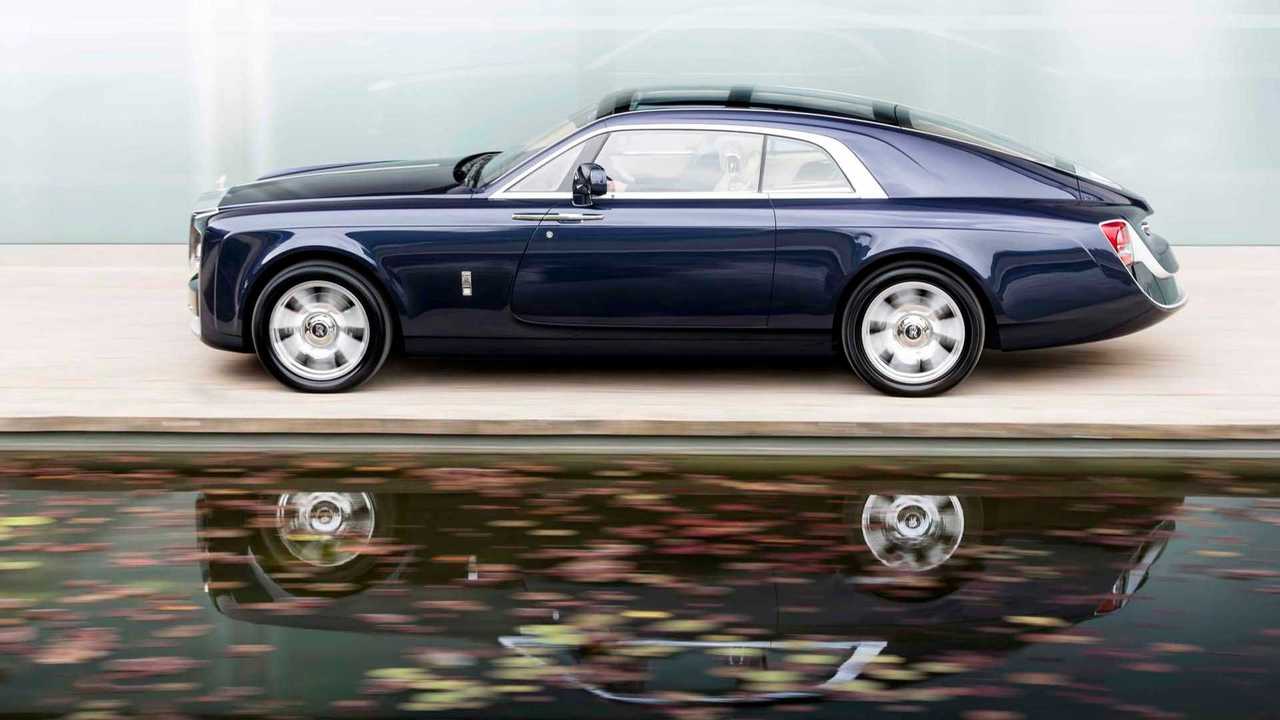 Follow-up to the Sweptail would continue company’s focus on “bespoke” designs.

The future of luxury at Rolls-Royce may go hand-in-hand with exclusivity. Speaking with Autocar at the Geneva Motor Show, Rolls design chief Giles Taylor said the company is planning another ultra-low-volume car with hand-crafted bodywork in the “near future.”

The idea would be to follow up on the stunning Sweptail (pictured here) introduced last year. The one-of-one car was built to order by a Rolls-Royce customer and, according to the company, may have been the most expensive new car ever sold.

Taylor said that the next such Rolls-Royce model would also have hand-beaten body panels, and while there may be more than just the one example made of the Sweptail, its volume would reportedly be extremely low – perhaps in the single digits. That’s because, he told Autocar, ultra-luxury buyers want something different from what anyone else can buy.

“It's the future of luxury,” he told Autocar. “People don't want something others can get. They want something very unique. We've invested quite a lot in this.”

Note that already, almost all Rolls-Royce models sold are highly customized; last year, Rolls officials told Motor1.com that between 1,100 and 1,200 customers go to the company’s Goodwood headquarters to design their car. At Geneva, the company showed off three Phantoms that had each been extensively personalized with unique paint, artwork, and upholstery, all commissioned specifically by owners. But, of course, an entirely bespoke car like the Sweptail is a much bigger undertaking than simply personalizing an existing vehicle.

Going forward, Taylor said that hand-making body panels will be increasingly tough as the automaker struggles to find enough talented craftspeople who can perform the work. But he suggested to Autocar that in the future, “3D printing of panels” could provide a solution for  more bespoke models.

Even aside from low-volume models like this, Rolls-Royce has a busy future planned, with the Cullinan ultra-luxury SUV set to be introduced soon.