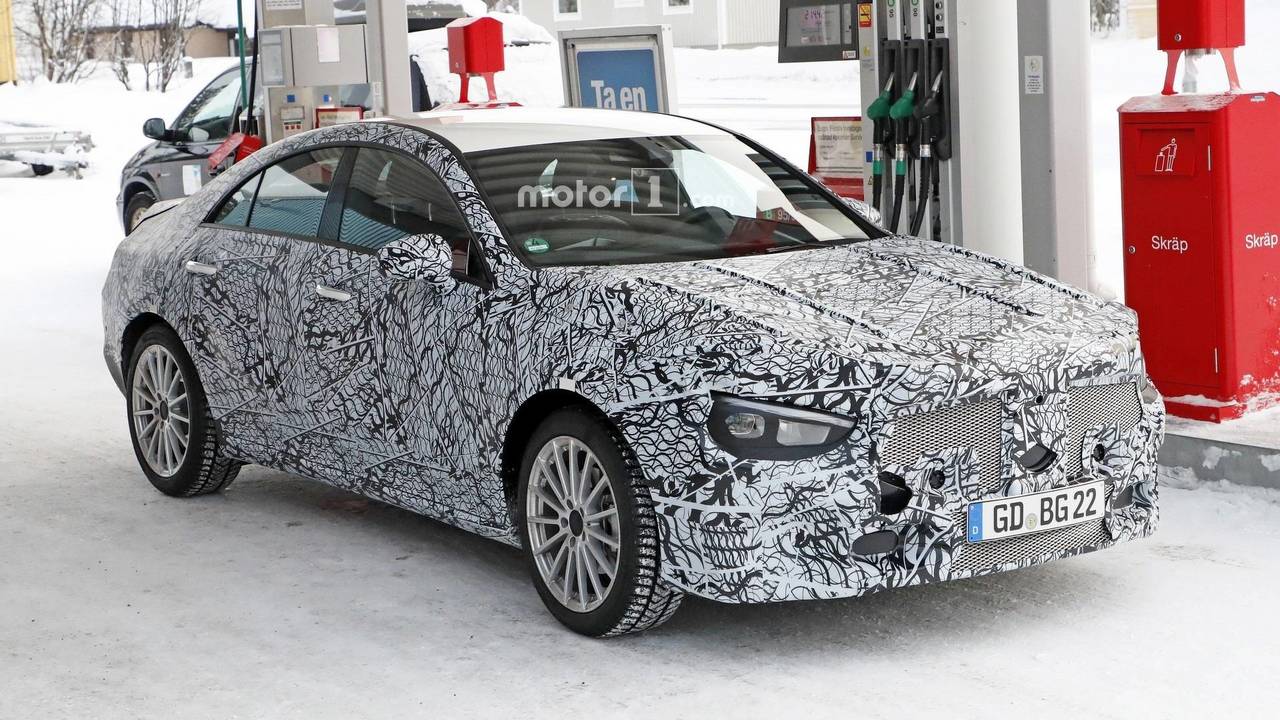 Honey, I shrunk the CLS!

Remember that “Predator” face we were talking about roughly a month ago? Both the new A-Class and the CLS have it, thus effectively making it very difficult to tell the models apart just by looking at their front fascias. With the CLA being a “four-door coupe” version of the hatchback, it means that it’s going to feature a very similar look. Not only that, but the exterior design of the CLA will have even more in common with the CLS as these latest spy shots demonstrate.

Spotted getting a drink at a gas station somewhere in Sweden, the camouflaged CLA prototype appeared to have just about the same rear end design as its bigger brother. You’ll have to ignore that bulky and ungainly trunk lid since it carries an extra layer of disguise (also seen on the hood) to better hide the real metal. It’s the same story with the side profile and the greenhouse, both very similar to the new CLS, but of course scaled down to a compact size.

The matryoshka doll approach doesn’t come as a big surprise taking into account many other automakers, both mainstream and luxury brands, have been doing the same for a long time. As far as the interior is concerned, just have a look at the hatchback’s cabin to get a general understanding of what to expect from its swoopy sibling:

Mercedes’ most recent update for the outgoing CLA is the Night Edition for the more practical shooting brake body style. Speaking of which, it will be interesting to see whether the three-pointed star will do a new SB as spy shots of the stylish wagon are currently not available. The CLS Shooting Brake was axed, so maybe its kid brother will suffer from the same destiny.

It’s worth mentioning the CLA won’t remain the company’s entry-level model in the United States for much longer as that role will be attributed to the new A-Class Sedan due later this year.