A drift legend in a BMW M4 CS at the Nürburgring is every bit as epic as it sounds, with one minor exception.

It seems Pennzoil loves two things: yellow cars and going sideways. That’s just fine with us, especially when those passions are combined with an accomplished drifting star and everyone’s favorite track-in-the-woods, the Nürburgring. The latest three-minute exhibition of opposite-lock control features all of the above, and it doesn’t disappoint. Well, almost. We will explain that in a moment.

First, here’s the backstory. Actually, there really isn’t a backstory, save for mystery driver Rhys Millen getting a text message instructing him to “make it out.” That’s pretty much the extent of the plot, save for the mystery of the missing car in spot 86 that’s also alluded to at the end of the video. Millen’s yellow BMW M4 CS, however, is in spot 98. And he wastes no time in blowing up the rear tires.

In typical Pennzoil fashion the action is fast and furious from there. It’s not just a jaunt around the Green Hell, however – aside from notable sections like the Karussell we also enjoy the M4 sideways on the Grand Prix course, and the streets outside the track, and getting on the Autobahn, and in random countryside locations. In case you haven’t figured it out yet, the BMW is sideways a lot.

As good as that is, our suspension of disbelief is slightly interrupted by the occasional jump cuts of Millen grabbing gears. Normally that wouldn’t be a problem, but the M4 CS doesn’t offer a manual transmission. Its 460 horses are routed to the rear wheels through a seven-speed dual-clutch semi-automatic gearbox with paddle shifters on the steering wheel. Yes it’s a small point, and we get that technically he's using the stalk instead of the paddles to go through gears sequentially. But for those of us who love cars – which we suspect is the primary audience Pennzoil is trying to reach – it’s just annoying as all get-out.

As with previous Pennzoil clips, this one is accompanied by a few bonus videos showing various behind-the-scenes action (including Millen shifting with the paddles) so all-in-all, it’s a great way to spend your 15-minute break at work. The main video is above and we have the extras embedded below, so enjoy. 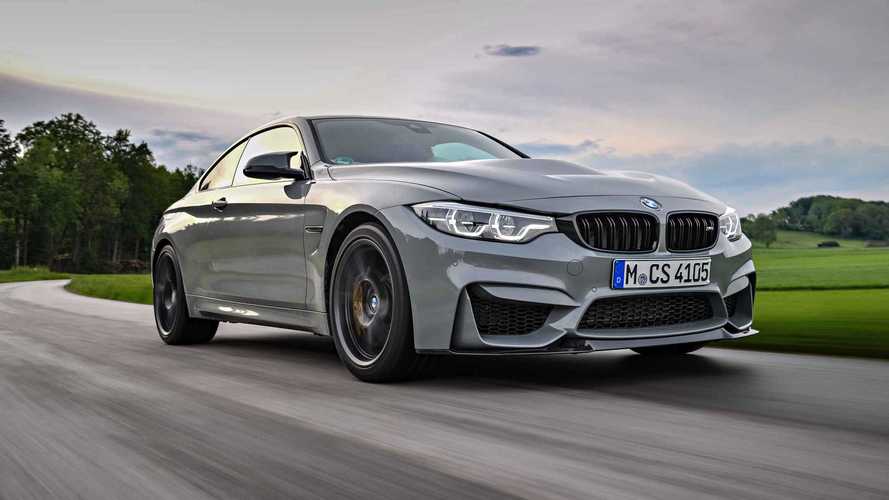