The cute EV will be revealed during the second half of next year.

Remember the adorable Honda Urban EV Concept? It was one of our favorite debuts from last year’s Frankfurt Motor Show and we are extremely happy to report its production version will go on sale early next year.

Here’s your confirmation coming directly from Philip Ross, Senior Vice President at Honda Europe: “A production version of this highly acclaimed concept will be introduced to Europe during late 2019, and in response to the positive feedback to this model, we expect to open order banks for the Urban EV during early 2019.”

That’s literally everything the Japanese company has to announce at the moment, but if last year’s study is anything to go by, we will be dealing with one of the most attractive and interesting models on the market. The show car from Frankfurt featured a simple, yet sophisticated exterior design with retro-inspired lines and compact dimensions. In fact, it is positioned just below the current Jazz supermini in terms of size.

The cabin of the concept continues the minimalistic approach with two bench seats, a massive dashboard with simple design, and a wrap-around screen that runs behind the dash and extends into the doors. Of course, don’t expect to see such a massive display in a production vehicle, but at least the study gives us a first look at the basic idea of the interior. 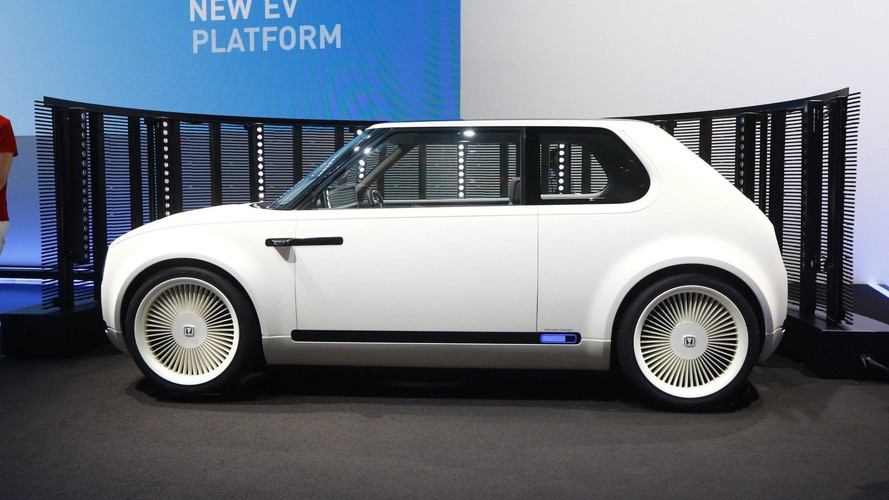 The production Urban EV will be the first of many fully-electric or hybrid models to come from Honda. Electrified technologies should make two-thirds of its sales in Europe by 2025.

The best way to experience the Urban EV Concept is to visit the Geneva Motor Show, where it is currently displayed. It’s sharing space at Honda’s boot with the European version of the new CR-V, which will become the first SUV from the automaker offered with a hybrid system on the Old continent.

Honda took the opportunity at its 2018 Geneva Motor Show press conference to confirm that order books for a production version of its Urban EV Concept will open in early 2019.

Speaking during Honda’s 2018 Geneva motor show press conference, Senior Vice President, Honda Motor Europe, Philip Ross confirmed the news, “A production version of this highly acclaimed concept will be introduced to Europe during late 2019, and in response to the positive feedback to this model, we expect to open order banks for the Urban EV during early 2019.”

The Urban EV Concept previews Honda’s first mass-produced battery electric vehicle sold in Europe. The Concept features a simple and sophisticated design, slim A-pillars and wide windscreen that appears to sweep around the entire front of the passenger cabin.

Inside, four occupants can be accommodated in comfort across the concept car’s two bench seats, which are finished in different materials to create the ambience of a lounge. The front row is upholstered with a natural grey fabric and embellished with contemporary wood finish accents. The dashboard features a wrap-around screen that extends into the doors. The dashboard display presents a range of vehicle information, while the extended door screens function as the car’s side mirrors through digital camera displays.

The Urban EV Concept will feature as part of Honda’s booth at 2018 Geneva Motor Show from 8-18 March.