With the risk of stating the obvious, AMG boss said it will have more power than the R model.

Mercedes announced plans to dust off the Black Series badge for a new hardcore track-focused machine back in September 2017 and now AMG head honcho Tobias Moers has revealed when it will actually happen. Talking to the press gathered at the ongoing Geneva Motor Show, the man in charge in Affalterbach admitted an additional version of the two-door GT is in the works and it will slot above the R version seen here: 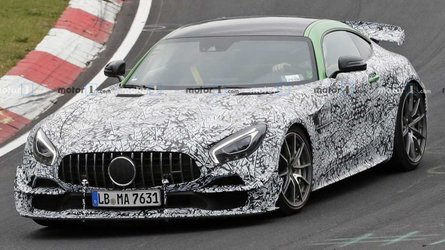 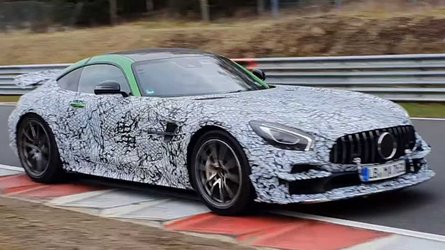 “There is a GT variant still left… We are on the journey, we started the journey for Black Series.”

He went on to mention that 2020 is going to be an “interesting year” for the company he’s running, and that can only mean in roughly two years from now we’ll get to see the Mercedes-AMG GT Black Series. The meaner version will serve as a swan song for the current sports car, which is expected to make the transition towards a new generation early into the next decade.

Naturally, details about the new Black Series are shrouded in mystery at this point, although Moers did suggest it will have more power than the R. The biturbo 4.0-liter V8 (M178) packs 577 horsepower in the R, but Mercedes-AMG has already unlocked a mighty 630 hp attainable in the newly introduced (and confusingly name) GT 4-Door Coupe in the 63 S top specification.

But as Car Advice points out, the Porsche Panamera fighter features an all-wheel-drive system whereas the GT Black Series will have a RWD setup. That could mean AMG’s new tail-happy track toy won’t have the full 630 hp and 627 pound-feet (850 Newton-meters) of torque as the engineers could decide to use a lesser specification of the engine. A nice round figure of 600 hp could hit the sweet spot.

Aside from the newly gained muscle, the Mercedes-AMG GT Black Series is set to undergo a strict diet to lose weight, probably by making more extensive use of carbon fiber and using less sound-deadening material. Suspension and steering tweaks are also likely in the offing, along with a more aggressive look and uprated brakes.