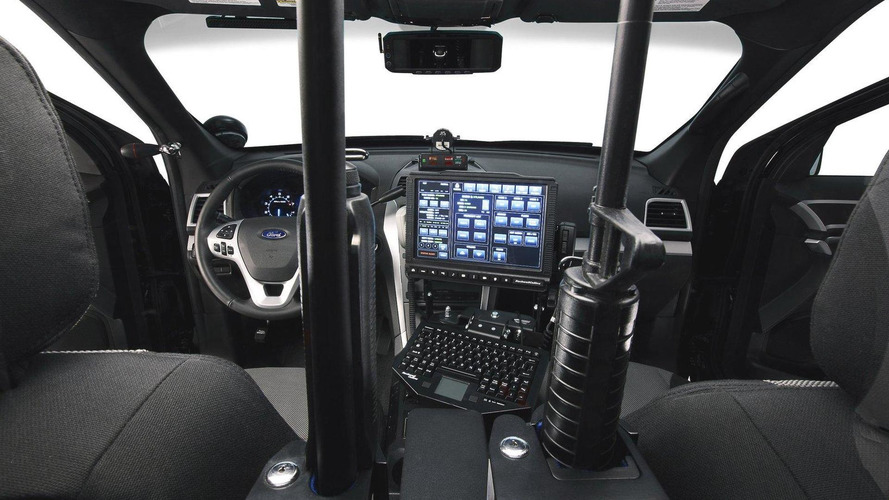 Get the full details on the new Ford Explorer Police Interceptor SUV inside.

Ford has lifted the lid off a new law enforcement vehicle that could allow agencies to better diversify their fleets.  The Ford Explorer Police Interceptor will be released along with a new Taurus Interceptor model when the Crown Victoria Police Interceptor is phased-out in late 2011.

Both vehicles will use a 3.5-liter V6 Ti-VCT engine that produces up to 280 horsepower (209 kW).  Capable of running on E85 fuel, the engine delivers 20 percent better fuel economy than the 4.6-liter SOHC V8 engine used on the Crown Vic.

The new models will make use of a six-speed automatic transmission meant to improve initial sprints through the low gears, while running more efficiently when coasting in higher gears.  Off-road versions of the Explorer will also be available, capable of hauling 800 pounds (363 kg) in the cargo area.

"We understand today's police departments require adaptability," said Ford Americas president Mark Fields.  "Ford is committed to remaining the nation's largest provider of police vehicles, and we're offering law enforcement officials a complete portfolio of options that are purpose-built, capable and delivered with the safety, technology and performance they need to excel at their jobs."

The Utility will also get pursuit features, like four-wheel "smart curve-control" braking, water-cooled power transfer unit in the AWD, an upgraded alternator and 18-inch wheels.  Safety features will be found all through the Utility model, as the automaker hopes the SUV will get acceptable marks in 75 mph rear-end crash tests.  The automaker claims their Crown Vic police vehicle is the only pursuit-grade sedan that has passed this test.

Both of Ford's police vehicles will be assembled at the automaker's factory on the south side of Chicago.  You can find out more about the Ford Explorer Police Interceptor in the press release below.