BMW Officially Confirms I Vision Dynamics Will Become The i4 EV 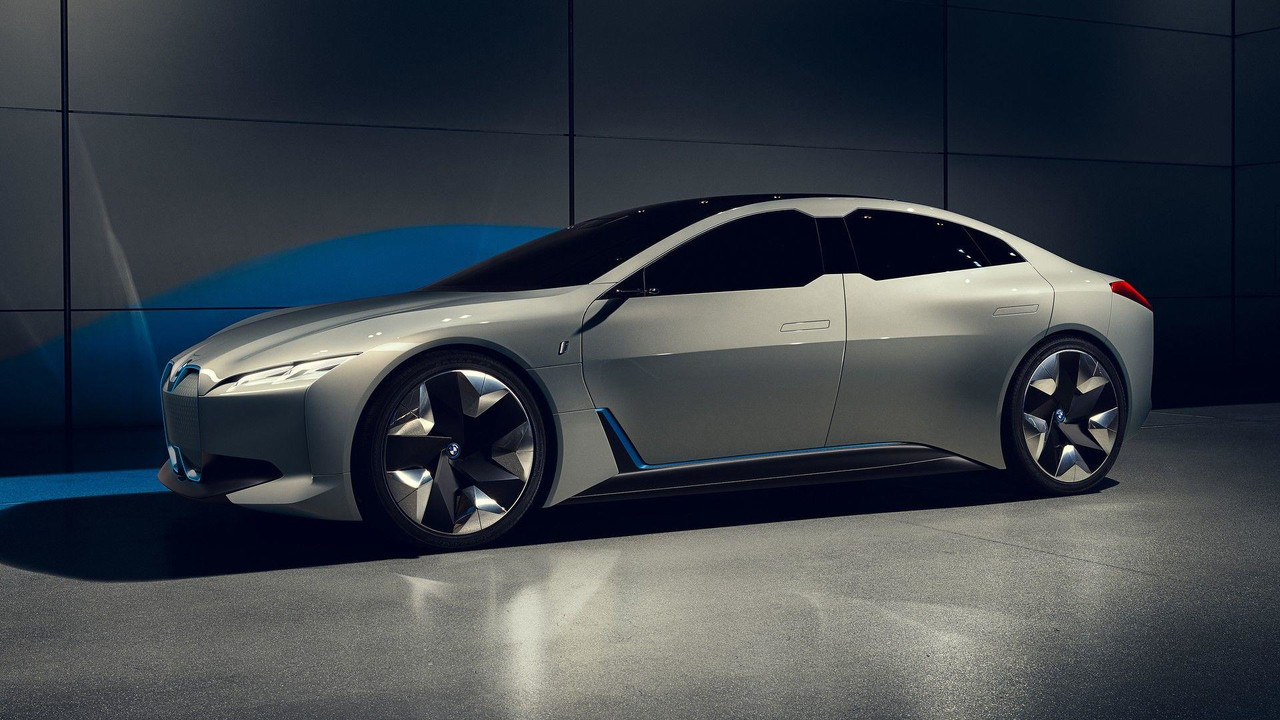 The vehicle will be manufactured in Munich.

Last year, during the Frankfurt Motor Show in September, Bayerische Motoren Werke, or Bavarian Motor Works, promised the i Vision Dynamics concept will eventually morph into a production electric vehicle. Now, half a year later, the automaker has officially confirmed a third member of the i lineup is coming.

In an otherwise boring press release talking about BMW’s CO2 emissions over the years, the Germans briefly mention the new i4 will be produced in Munich. It will be part of the company’s major push towards electrification, which includes no less than 25 electrified vehicles in the next seven years.

Remember the i Vision Dynamics?:

“By 2025, our global vehicle portfolio will include 25 fully- or part-electric models,” Harald Kruger, Chairman of the Board of Management at BMW, commented. “At last year’s Frankfurt Motor Show, we unveiled our take on the future of e‑mobility with the BMW iVision Dynamics. This vehicle will become reality: we will build it in Munich – as the BMW i4.”

The i Vision Dynamics uses an advanced electric system, which provides a 0 to 62 miles per hour (0-100 kilometers per hour) acceleration in four seconds. Top speed is 120 mph (200 kph) and, at a single charge, the electric vehicle can travel up to 373 miles (600 kilometers). If these numbers are anything to go by, the production i4 will be a worthy Tesla Model S competitor.

In addition to announcing the new i4, BMW has also revealed its average level of CO2 emissions for new vehicles sold in Europe has fallen by more than 42 percent in the last 23 years. The brand from Bavaria is also happy to remind us that it has delivered more than 100,000 electrified cars last year, which gives it three times larger market share in the EV segment than its share of the conventional vehicle market.

“This development clearly shows that our e-mobility strategy is successful. We are adding more electric drives to our vehicle fleet, while also working on fuel-saving technologies for our conventional drives,” said Harald Krüger, Chairman of the Board of Management of BMW AG.

“By 2025, our global vehicle portfolio will include 25 fully- or part-electric models. At last year’s Frankfurt Motor Show, we unveiled our take on the future of e‑mobility with the BMW iVision Dynamics. This vehicle will become reality: we will build it in Munich – as the BMW i4,” Krüger added.