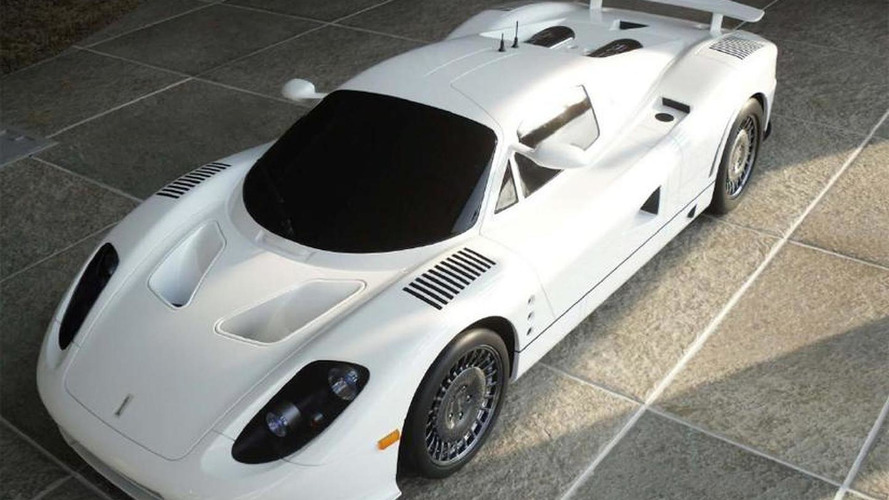 The De Macross GT1 will get a supercharged V8... if it ever is a reality. Find out why we're suspicious inside.

These images are of a 25-percent scale model of the alleged De Macross GT1.  The proposed supercar prototype is supposedly scheduled for completion later this year, with orders to be accepted in 2011 for the roughly 200 cars to be produced.

However, we have to approach this story with a strong level of skepticism.  The blogosphere is circling stories that the car will be produced by Canadian firm De Macross Motors Corp.  We were unable to find any official listing of this company, though that is not to say the firm does not exist.

It has also been reported that DMMC is backed by Jahong Hur, an executive with Power Air Corp.  Formerly based in Livermore, California, the debt-laden Power Air now promotes Zinc-Air Fuel Cells from an office in Vancouver, Canada.

If it actually gets produced, the De Macross GT1 would use a 5.4-liter supercharged V8 produced by Roush Yates Racing Engines.  The engine would be mid-mounted in the aluminum and carbon fiber car.  DMMC hopes the car would be able to compete with vehicles like the Pagani Zonda.

But for now, add the De Macross GT1 to the pile of supercars that we would like to see, but probably won't.  We'll believe it when we see it.  Same goes for the three other DMMC cars supposedly in the pipeline when they surface on showroom floors.

UPDATE:  We previously reported Jahong Hur to have business ties with Hyundai.  DMMC and Jahong Hur have denied this.