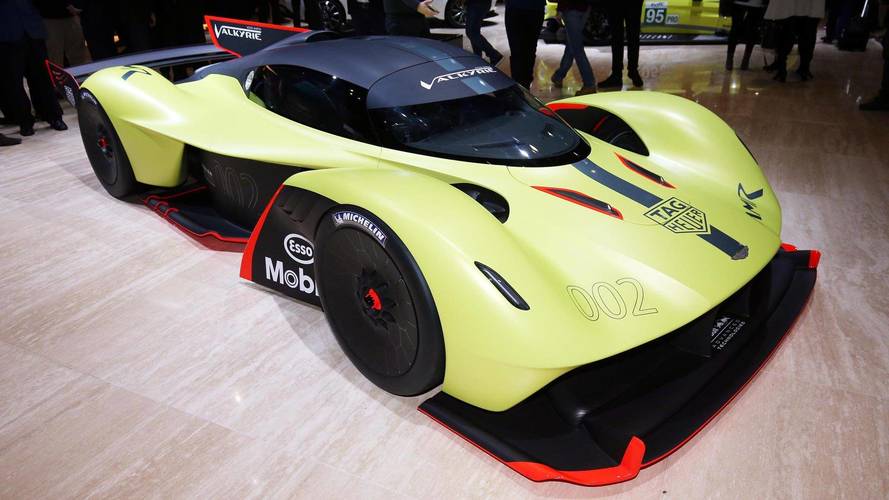 Extensive use of lightweight carbon fiber and a cabin with few amenities let the Valkyrie AMR Pro weigh less that 2,205 pounds.

The Aston Martin Valkyrie becomes even sharper at the Geneva Motor Show thanks to the launch of the track-only Valkyrie AMR Pro. This beast uses a hybrid V12 with over 1,100-horsepower (820 kilowatts), and the car can reach 225 miles per hour (362 kilometers per hour), despite a heavily modified body that produces significantly more downforce than the road-going variant of the hypercar.

The team at Aston Martin and Red Bull Racing wanted to transform the Valkyrie into a track vehicle capable of posting lap times on par with a modern LMP1 prototype or even a Formula One car. Compared to its road-legal counterpart, the AMR Pro features larger aerodynamic elements at the front and rear for producing even more downforce. The body in general is broader, too. The overhaul means that the Valkyrie AMR Pro is capable of pulling 3Gs of cornering force on the track.

"The Aston Martin Valkyrie road car draws extensively from the knowledge I have gained during my career in Formula One, but the AMR Pro version has allowed me to work beyond the constraints of road legality, or indeed practicality," Red Bull Racing Chief Technical Officer, Adrian Newey, said in the track-only model's announcement. "We’ve told a few of its secrets, but by no means all. I will leave it to the public to ponder the lap time predictions. Suffice to say they’re quite impressive."

Other than the hybrid V12's output "in excess of 1100 bhp," Aston Martin doesn't yet offer many details about the the model's electrification. "Full technical details of the Valkyrie AMR Pro will be revealed in due course," the firm promises in its press release.

Despite the addition of the hybrid's hardware, the Valkyrie AMR Pro still weighs less than 2,205 pounds (1,000 kilograms). This is possible by using even lighter construction for the carbon fiber, a polycarbonate windshield, and carbon fiber suspension wishbones. In addition, driving amenities like the infotainment system and heater are gone.

Aston Martin will build just 25 unites of the Valkyrie AMR Pro, and deliveries will begin in 2020. The company doesn't offer the price, but it doesn't really matter because all of them already have buyers.