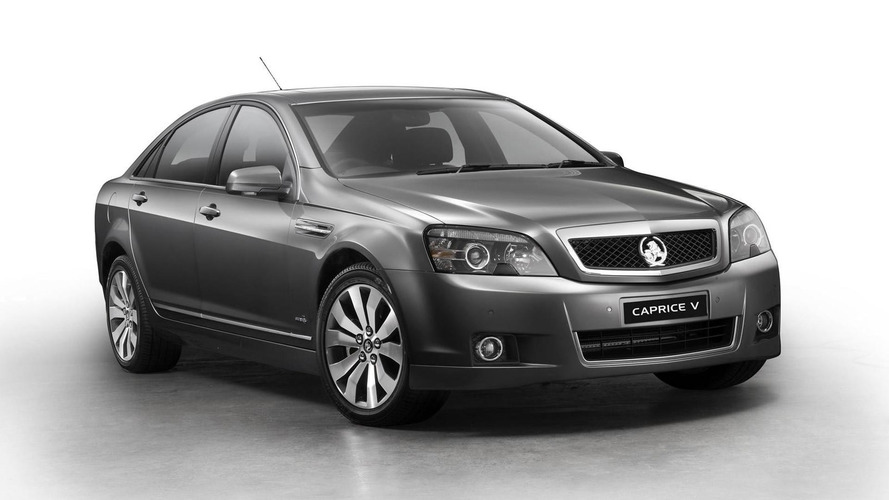 Find out what two new Holden Caprice 2011 models have to offer Aussies and Kiwis, inside.

GM-owned Australian brand Holden released details of the 2011 Holden WM Series II Caprice and the Caprice V-Series.  With this Series II update Holden will discontinue use of the Statesman badge.  Both vehicles will hit the Australian and New Zealand markets next month.

The Series II uses a 282-horsepower (210-kW) SIDI V6 direct-injection engine that is mated to a six-speed Active Select automatic transmission.  This coupling delivers only four percent better fuel economy compared to the previous V6-powered Caprice.  That equates to using 9.9 liters of fuel per 100 km, or almost 24 mpg (US).

Features seen on the new model includes "upgrades to comfort, convenience and safety," according to the press release.  These upgrades were not specified, though it looks as though the Holden-iQ touch screen infotainment system will be available.  This includes real-time traffic alerts, Bluetooth, USB connection, and a rear view camera display.

If you want a bit more power, perhaps the Holden Caprice V-Series is the car you will want to examine.  It uses a 6.0-liter V8 engine that produces 349 horsepower (260 kW).  With the same automatic transmission as the Series II, the V-Series needs 12.3 liters of fuel to travel 100 kilometers, or 19 mpg (US).

The V-Series gets a Nappa leather interior, tri-zone climate control, Bose audio, as well as LCD screens in the seats for the rear passengers to watch DVDs.  Those up front can watch the entertainment on the Holden iQ screen, if the car is at a standstill.

Pricing on the cars was not revealed by GM Holden.