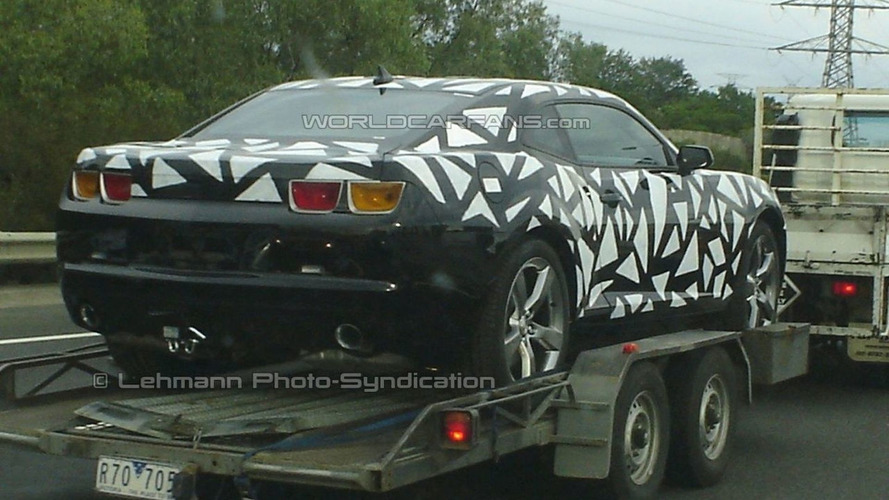 We just got our hands on three decent shots of the all-new Chevy Camaro, as testing there is about to be underway.

We just got our hands on three decent shots of the all-new Chevy Camaro, as testing there is about to be underway.  Thanks to development on the car by Holden, the GM subsidiary in Australia, we have been blessed with these strong close-ups in Aussie land.

This rear-wheel drive sports car is expected to go on sale in early 2009, with a likely debut at Detroit next year.  The concept car, as you may recall, also had independent rear suspension, but we are uncertain if that will make its way on to the production model.  A beastly 6.0 liter V8 engine will power this car, but it will be equipped with a cylinder shutdown to improve mileage when less power is needed.  The concept car was also adorned with 21-inch aluminum wheels in the front and 22-inch wheels at the back.

Developed in Australia, the all-new Chevrolet Convertible will be built in Canada.  Although scheduled for 2009 sales, there is a definite possibility that the car will actually be sold as a 2010 model year vehicle.  Rumor has it a convertible version will be on the way as well.