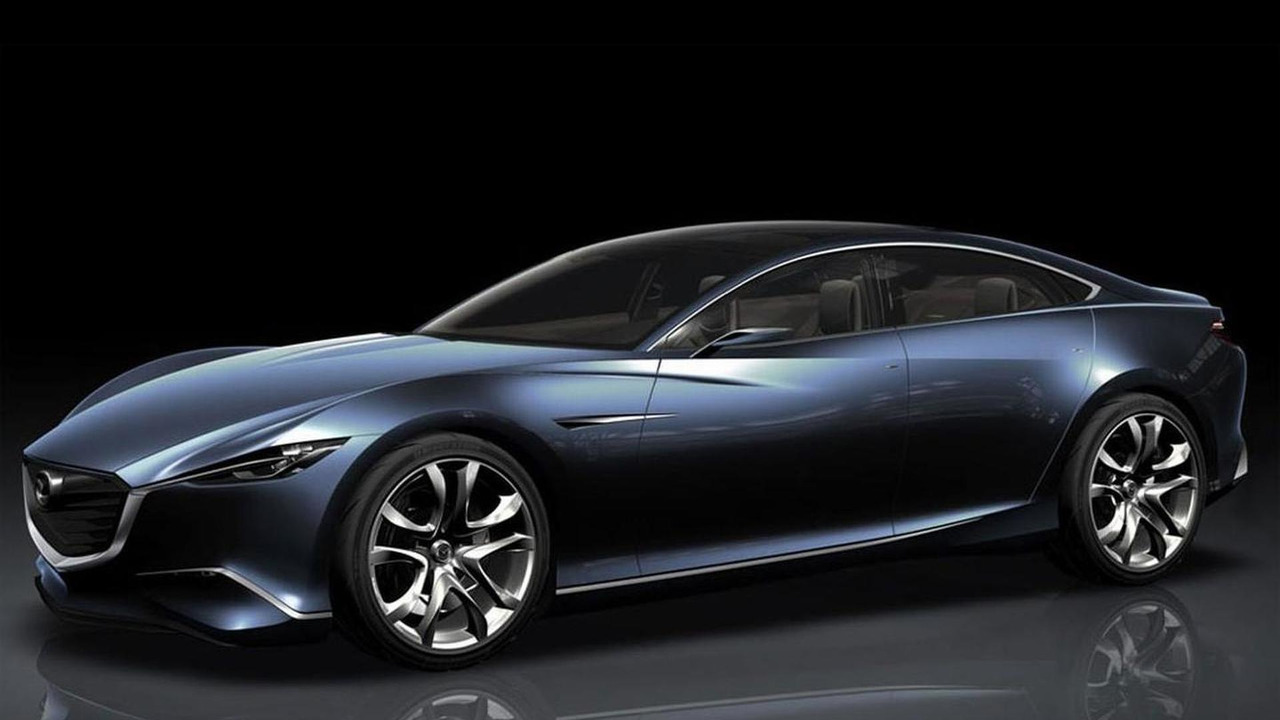 Mazda has take the media by surprised with the unveiling of a new four-door coupe concept at a private press event held in Milan today.

Mazda has take the media by surprised with the unveiling of a new four-door coupe concept at a private press event held in Milan today.

Named Shinari, the concept reveals the new front end design as well as the overall design language for all future Mazda vehicles.

In similar fashion to the previous Nagare styling theme, Mazda has coined the term "Kodo" for the new styling paradigm.  In Japanese it means soul of motion.

When asked when the new design language would start to appear on new models, Ikuo Maeda, general manager of Mazda Motor Corp.'s design division, vaguely stated, "this design will lead to the next generation of Mazda design and will lead to other elements."

The Kodo design language was created in a joint effort between Mazda's design studios in Japan, U.S. and Germany.

The Shinari as a four-door coupe is a clear signal that Mazda is targeting the premium segment where similar vehicles such as the Aston Martin Rapide, Porsche Panamera and upcoming Fisker Karma already reside.  In order to do so Mazda officials ackowledged that interior quality levels must improve.

"We want to play in the same group as BMW and Audi," said Derek Jenkins, director of design for Mazda North America. "On fit and finish we want the same level of quality."
The Mazda Shinari will make its public debut at the 2010 Paris Motor Show in September.