See The 2018 Kia Ceed Sportswagon Before You're Supposed To 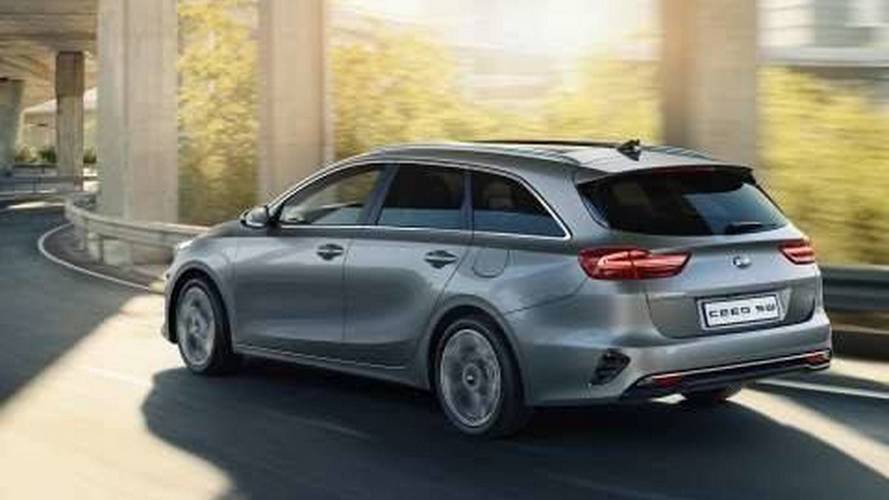 These grainy images should suffice until Tuesday's official reveal.

We’re less than 48 hours away from the official debut of Kia’s third-generation Ceed Sportswagon, but as luck would have it, a couple of images have made it onto the World Wide Web. While the quality of the photos is far from being stellar, we get an early look at the more family friendly version of the Kia compact hatchback showing its longer roof and extended rear end accommodating a bigger trunk.

It comes as no surprise that the front fascia has been basically transplanted from the hatch as the changes between the two body styles begin aft the B-pillar. Typical for a wagon, the new Ceed Sportswagon adopts a much bigger quarter glass that not only makes the car seem larger, but it also allows more light to enter the cabin and at the same time it boosts visibility.

While the rear end of the car is not what you would call a big surprise after seeing the hatchback, we do notice the taillights have a slightly different shape and to some extent are a tad bit BMW-esque. Look closer and you will notice the Sportswagon does not seem to have a visible exhaust tip on the right side of the bumper like the hatchback, but a future GT Line version will likely fix that.

Images of the interior are not available at the moment of writing, though it seems highly unlikely it will be any different than the hatchback’s, with the obvious exception of the more spacious trunk. We’ve attached a couple of real images with the cabin of the hatch to get a general understanding of what the Ceed Sportswagon will have.

Both flavors of the apostrophe-less Ceed will premiere on Tuesday, with a shooting brake, a crossover, and a sporty GT to round off the family before the end of decade.