Mercedes A-Class Sedan Spotted With Mannequin On The Back Seat

See the entry point into the Mercedes family testing in traffic.

If you live in the United States, you won’t be able to buy the new generation Mercedes-Benz A-Class hatchback anytime soon. You can either import it from Canada or go for the A-Class Sedan – the first-ever non-CLA sedan in the A-Class family, which will serve as an entry point into the German company’s lineup.

The three-box vehicle has been long in the making and we expect to see it in the second half of the year. A prototype of the car has recently been filmed testing somewhere in Germany with a mannequin that represents an average-size man on the back seats. It’s probably there to simulate weight and we can assume there’s something simulating luggage in the trunk, too. 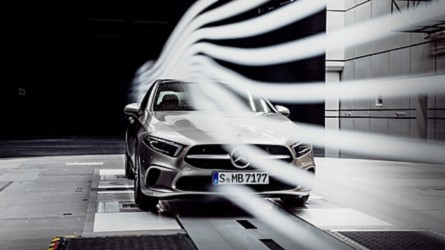 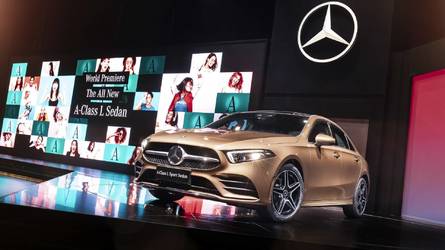 Despite being heavily camouflaged, the trial vehicle is actually in the very final stages of its development. It will be a more affordable and slightly more practical offering than the stylish CLA. Also, the interior will be a bit more spacious thanks mainly to the conventionally-shaped roofline and the MFA platform, which will bring a clever packaging.

When it goes on sale in the United States, the A-Class Sedan will carry a starting price of less than $30,000. Powertrain options remain a mystery, but most likely the new 2.0-liter gasoline turbo engine with 224 horsepower (165 kilowatts) and 350 Newton-meters (258 pound-feet) will be available. The marque’s new 1.3-liter gas motor, delivering 163 hp (120 kW) and 184 lb-ft (250 Nm), could be used as an entry-level option. For Europe, a Renault-Nissan-sourced 1.5-liter diesel unit is planned. 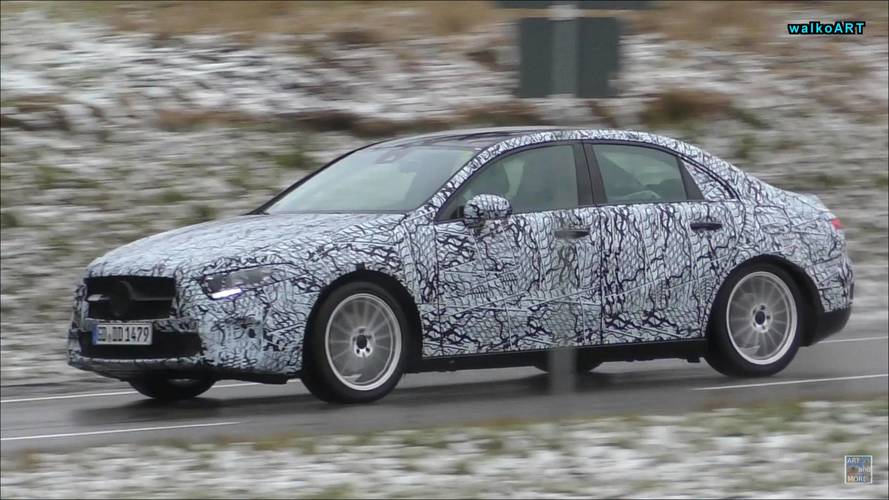 According the different sources, the base A-Class will be manufactured in Mexico at a Nissan-Daimler joint venture factory. Interestingly, a long-wheelbase derivative is planned, but it might turn out to be a China-only affair.

We highly doubt the A-Class Sedan will make its debut in Geneva this week, so we expect to see in the next couple of months, probably at a standalone Mercedes event.