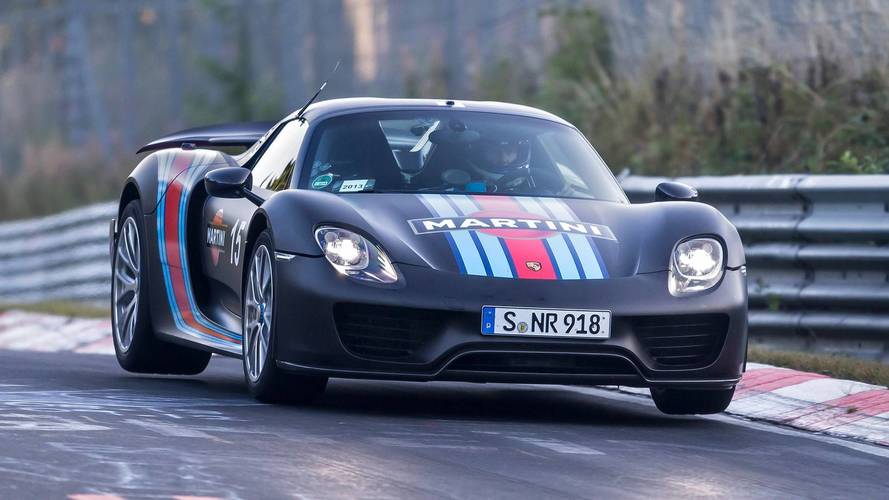 Well, this is unexpected.

This 918 Spyder may look like it’s flying, but it’s merely enjoying some air time at the track. That being said, a flying car carrying the Porsche crest could become a reality sooner or later, if we were to rely on a report coming from German magazine Automobilwoche. Reuters is citing an article published by the magazine earlier today about the prospects of a Porsche flying taxi.

According to the article, Porsche will publish a design sketch “soon” as the company is interested in flying taxis. The automaker’s sales boss, Detlev von Platen, told Automobilwoche:

“That would really make sense. If I drive from (the Porsche plant in) Zuffenhausen to Stuttgart airport, I need at least half an hour, if I’m lucky. Flying would take only three and a half minutes.”

It is believed a Porsche flying taxi would give passengers some level of control without the need of having to own a pilot license since some of the flying vehicle’s functions would be automated.

As Reuters points out, Porsche’s parent company Volkswagen revealed at the 2017 Geneva Motor Show a conceptual flying car developed by Italdesign in collaboration with Airbus. Pictured above, the Pop.Up was envisioned with an electric powertrain with a maximum range of up to 81 miles (130 kilometers).

Fast forward to present day, a new flying car is on the horizon and it’s billed as being the first one to actually go into production. Debuting on Tuesday at the same Geneva Motor Show, Liberty represents the work of flying car manufacturer Pal-V and has been engineered with a pair of Rotax aircraft engines and will cost just under $400,000.

Getting back to the alleged Porsche flying car, it’s too soon to say whether Detlev von Platen was just joking around or it’s actually happening. Considering a promise was made about a soon-to-be-revealed design sketch, we will definitely be keeping a close eye on this topic.