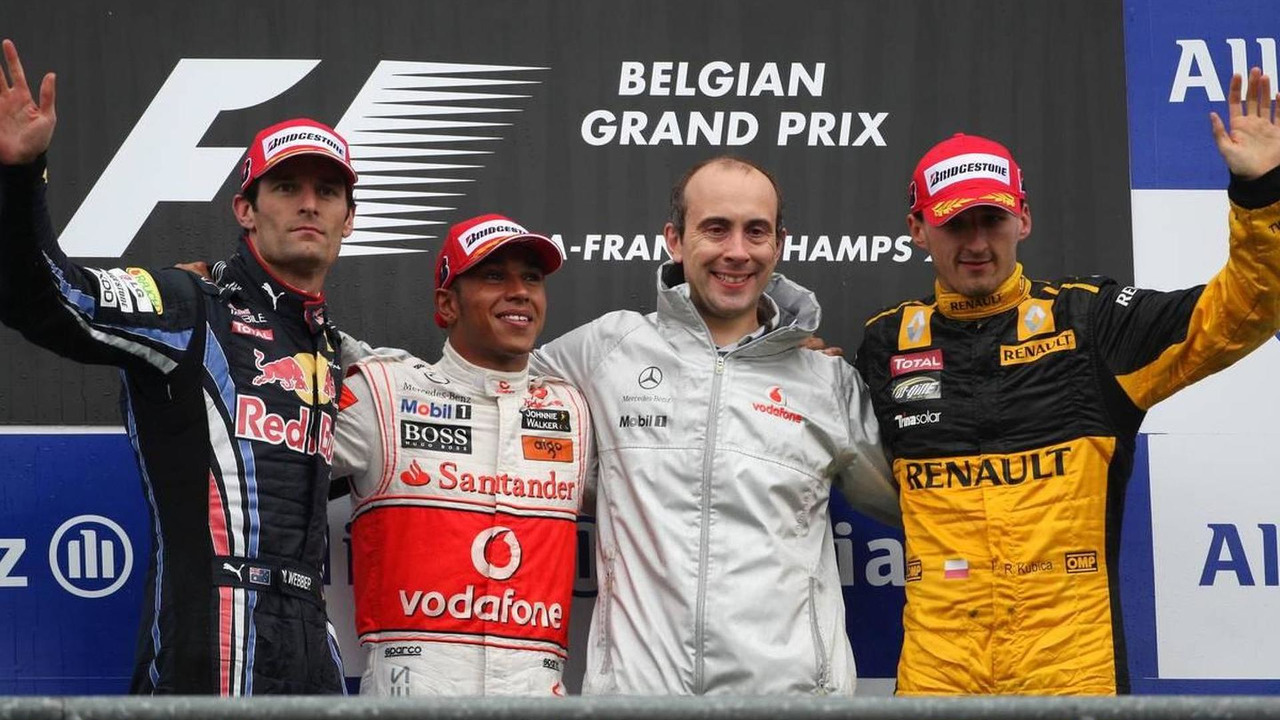 Lewis Hamilton took the lead of the world championship from Mark Webber on Sunday, by beating the Australian to victory at slippery Spa-Francorchamps.

As the fickle Belgian Ardennes continued to produce changeable weather conditions, the mere 20-point gap that had separated the top five title chargers blew out to more than 40.

One big loser on Sunday was Fernando Alonso, initially taken out by Rubens Barrichello at the start of the race before crashing on his own at the end.

Also now a long way behind in the championship - 35 points - is Jenson Button, who was innocently taken out by Sebastian Vettel as the Red Bull charger lost control during an overtaking attempt.

"It's a massive blow -- a massive blow," Button said on BBC television, shortly before Vettel said "sorry" in his own media scrum.

There is clearly no love lost between the drivers' management, with McLaren boss Martin Whitmarsh admitting he thinks Vettel "got off lightly" with a drive-through penalty.

"What else can you give him?" said Button. "It was a racing incident, he didn't do it on purpose."

Horner added: "You need to take into account the difficult weather conditions and that Jenson braked early."

Vettel, scoring no points at Spa and now 31 points behind his teammate, also had to serve extra pitlane time after cutting a tyre on Tonio Liuzzi's Force India.

In the sister Red Bull, Webber's second place on Sunday leaves him just 3 points adrift Hamilton and well clear of the next challenger.

He intimated to reporters that the team might now be wise to back him for the last six races of 2010.

"It depends how hungry they are," he said.

But Horner said: "It's too early for that. Sebastian is still in it. We have seen already how quickly the tide can turn."