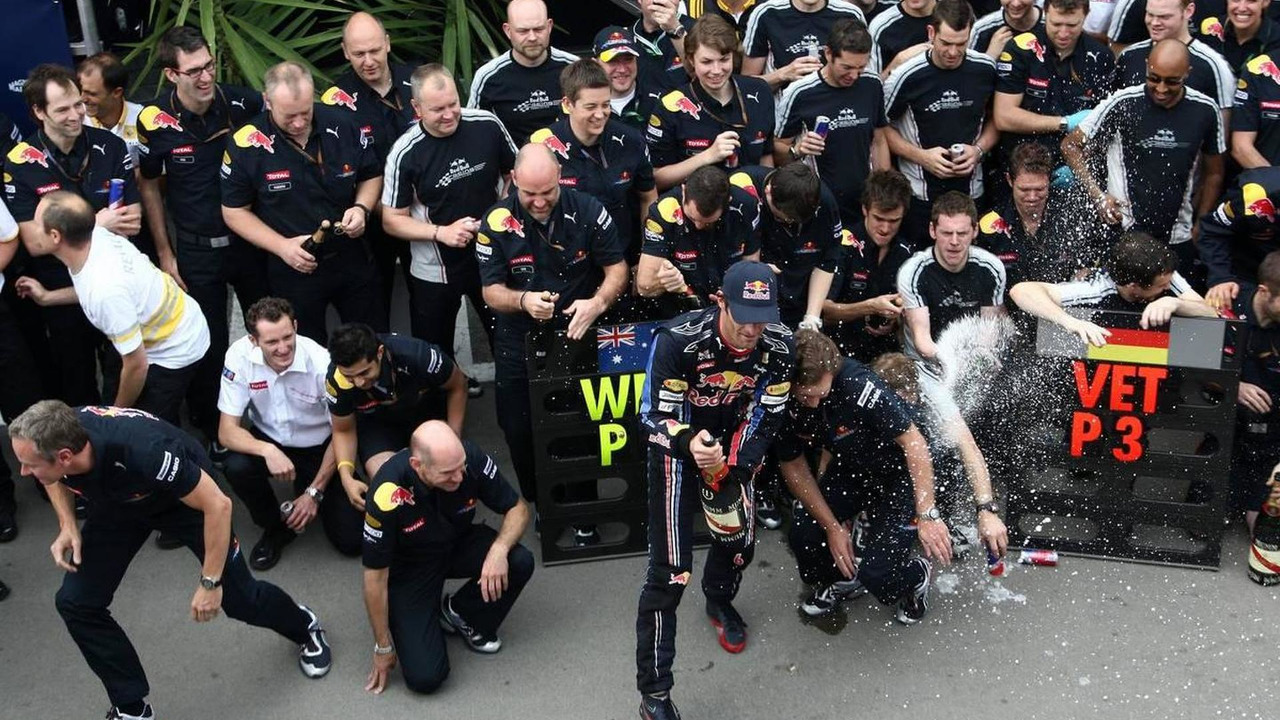 Rival teams are pointing fingers at Red Bull not only because the RB6 is quick, according to Dr Helmut Marko.

Rival teams are pointing fingers at Red Bull not only because the RB6 is quick, according to Dr Helmut Marko.

Team consultant Marko, Austrian team owner Dietrich Mateschitz's right-hand man, is referring to the fact that powerful F1 rivals have been complaining all season about the alleged illegality of the Adrian Newey-penned car.

"It is not just our success," he is quoted by Kleine Zeitung newspaper.

"We have at most the third biggest budget in formula one. We are a private team, not a car manufacturer, and that hurts them even more," added Marko.

He said he has "lost count" of the number of legality tests carried out by the FIA that the RB6 has always passed.

"It is continually suspected that our cars are not according to the rules," said Marko.

"If we put in the same amount of energy on watching what the other teams are doing, as some of the others do, then our car would not be as fast.

"This is just part of the psychological warfare. We can only take it in our stride," he added.

Marko also revealed that the men who have contributed to the success of the dominant RB6 are constantly courted by rival teams.

"All of our top talent have long-term commitments, but they've all had other offers," he said.

"Adrian (Newey) could earn more money somewhere else, but it is with us that he can really work freely. Our philosophy suits him best, the spirit in our team is unique and we are all aimed in the same direction."

Even though the leads should arguably be much bigger, Red Bull is narrowly heading both championship tables at present.

"There are seven races left," said Marko. "It will be crucial to have no failures, because our goal is the world title.

"And we want to maintain this same level for the next five years," he added.