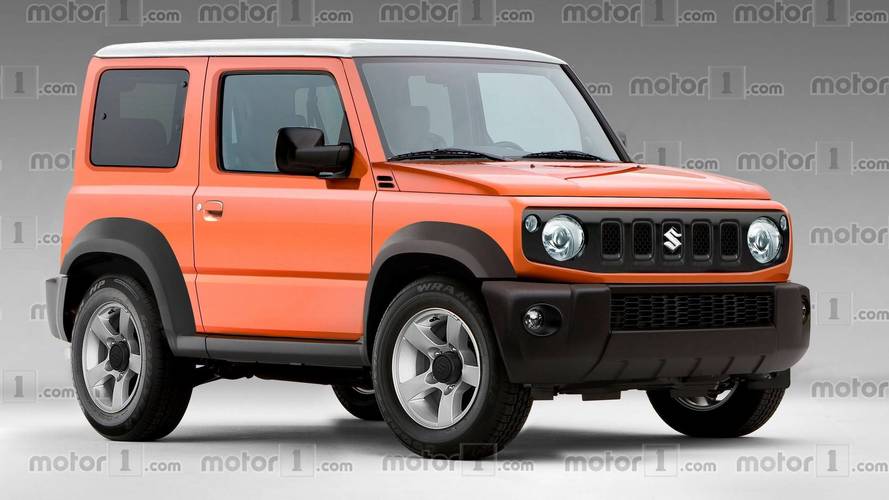 The model's classic, boxy look sticks around for the latest generation. The new one appears for more modern, though.

This is a grand time for folks looking for an off-roader because there are so many new options. The Jeep Wrangler is the mainstream choice; the Mercedes-Benz G-Class is the luxury option; Scuderia Cameron Glickenhaus' Boot is the pick for someone searching for something different, and this new rendering of the next-gen Suzuki Jimny shows a tinier choice.

Images of the new Jimny leaked out last year during a dealer presentation (see below). This new rendering from Motor1.com's partners in Italy picks up the same design cues but shows the little SUV from a different angle. The Jimny's design blends the best bits of boxy SUVs like the G-Class, Wrangler, and previous Land Rover Defender. The Suzuki's footprint reportedly grows a little over the previous model for a little more room inside.

Circular headlights and a slotted grille dominate the front end. A chunky bumper features a small opening on top and curves underneath the SUV for some extra protection to the mechanical bits. Prominent plastic fenders also guard bodywork and look easy to replace in case of ripping them off when bashing through the forest. A two-tone body would be available that would cover the hood, roof, and A-pillars in black or white.

Inside, the dealer presentation shows that the Jimny takes a step into the modern world by gaining a touchscreen infotainment system. The housing around it is just as boxy as the Suzuki's exterior. The Jimny doesn't go too high-tech, though, because the rest of the controls look big and chunky. An automatic gearbox would apparently be available, too.

The new Jimny would retain body-on-frame construction and a four-wheel-drive system with a low-range transfer case. These parts should ensure that the SUV continues to be a capable off-roader. There would also be more advanced safety systems. The engine remains a mystery, though.

The leaked photos arrived in August 2017, and the general speculation put the little SUV's debut sometime last year. It didn't happen, though, and the vehicle still hasn't premiered. The complete lack of teasers suggests that an unveiling is unlikely at the upcoming 2018 Geneva Motor Show, too.