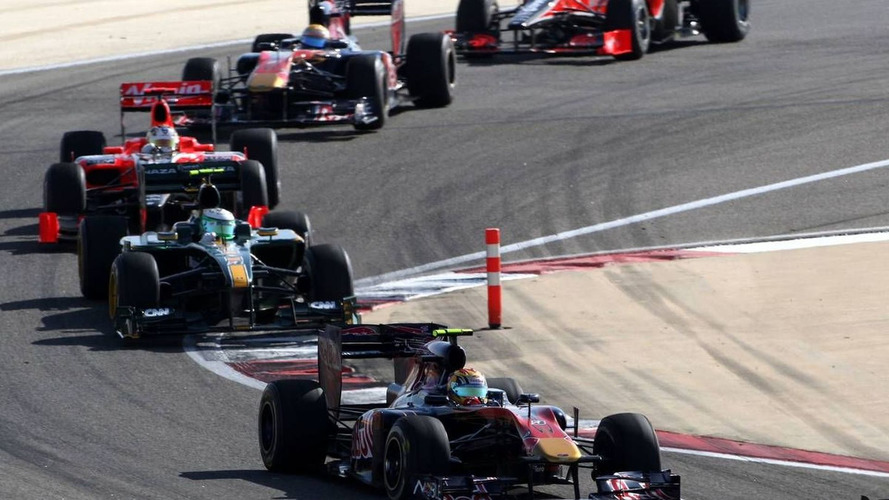 F1 team managers met on Friday to discuss the possibility of a pre-season test in Bahrain prior to the 2011 season opener.

F1 team managers met on Friday to discuss the possibility of a pre-season test in Bahrain prior to the 2011 season opener.

According to Auto Motor und Sport, the meeting at Spa-Francorchamps was to determine the testing agreement for next year.

Pirelli is entering F1 next year, and all the teams will get their first taste of the Italian rubber at Abu Dhabi in the days immediately after this season's final race.

And the organisation of another special group test is now on the table for Bahrain, immediately prior to the 2011 season opener next March.

A definite 2011 race calendar has not yet been finalised, but Bernie Ecclestone has told the teams that Bahrain will host the first race on March 13.

15 days of pre-2011 winter testing is therefore on the table; 4 of them in Bahrain the week before the first race.

Bahrain is slated as an ideal winter test venue due to the near-guarantee of warm and dry conditions, and the fact that the teams have to travel to the venue in March anyway due to the season opener.

A more contentious issue within the teams group is the leading outfits' desire for more in-season testing.