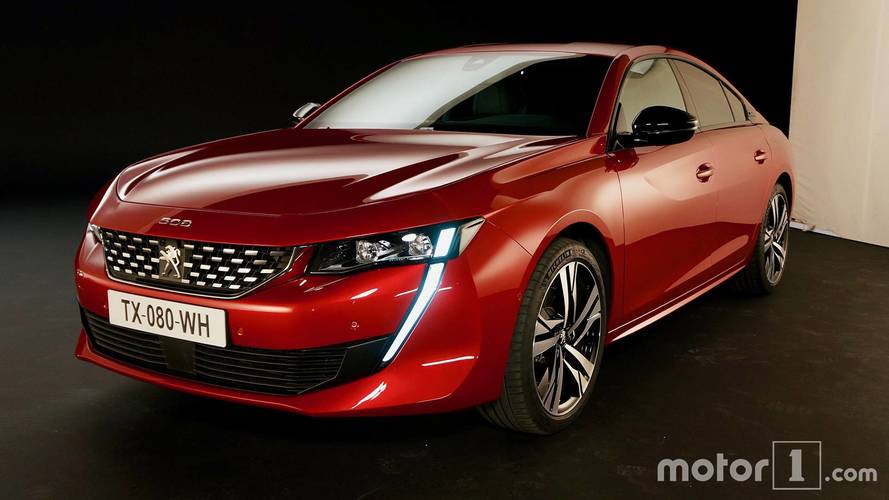 Peugeot's new four-door brings lots of style and these photos show off the model's good looks in precise detail.

The Peugeot 508 doesn't have its official public unveiling until the upcoming Geneva Motor Show. However, Motor1.com's team in France was lucky enough to be able to check the new sedan out in a studio and snapped a plethora of photos of the gorgeous design.

The 508 occupies the top spot in Peugeot's lineup, and as its flagship product, the sedan needs to epitomize what makes the French brand special. The design features a mesh grille with shiny pendants that draw the eye. Narrow headlights feature dagger-shaped running lights that run down each corner of the front end. The sedan's silhouette is sleek without being overly coupe-like some recent four-doors, so as not too overly limit rear headroom. The tail reveals that this Peugeot isn't truly sedan because there's a liftback rear that allows for easy access into the cargo area. Trunk space is up 0.5 cubic feet (14 liters) over the previous generation.

Inside, the 508 has a futuristic cabin that someone might not expect given the attractive, although unadventurous exterior. A hexagonal opening holds the digital instruments, and there's a wide, 12.3-inch infotainment display in the center stack. Metallic trim dominated the driver's side of the cockpit. Conversely, there's wood trim on the console and on the passenger side of the dashboard.

Buyers have several engine options. A gas-fueled 1.6-liter turbocharged is available with either 178 horsepower or 222 hp with an eight-speed automatic. There are also 1.5- and 2.0-liter diesel choices with 128 hp, 158 hp, and 178 hp tunes. They come with a six-speed manual or the eight-speed automatic. A plug-in hybrid will join the range in 2019.