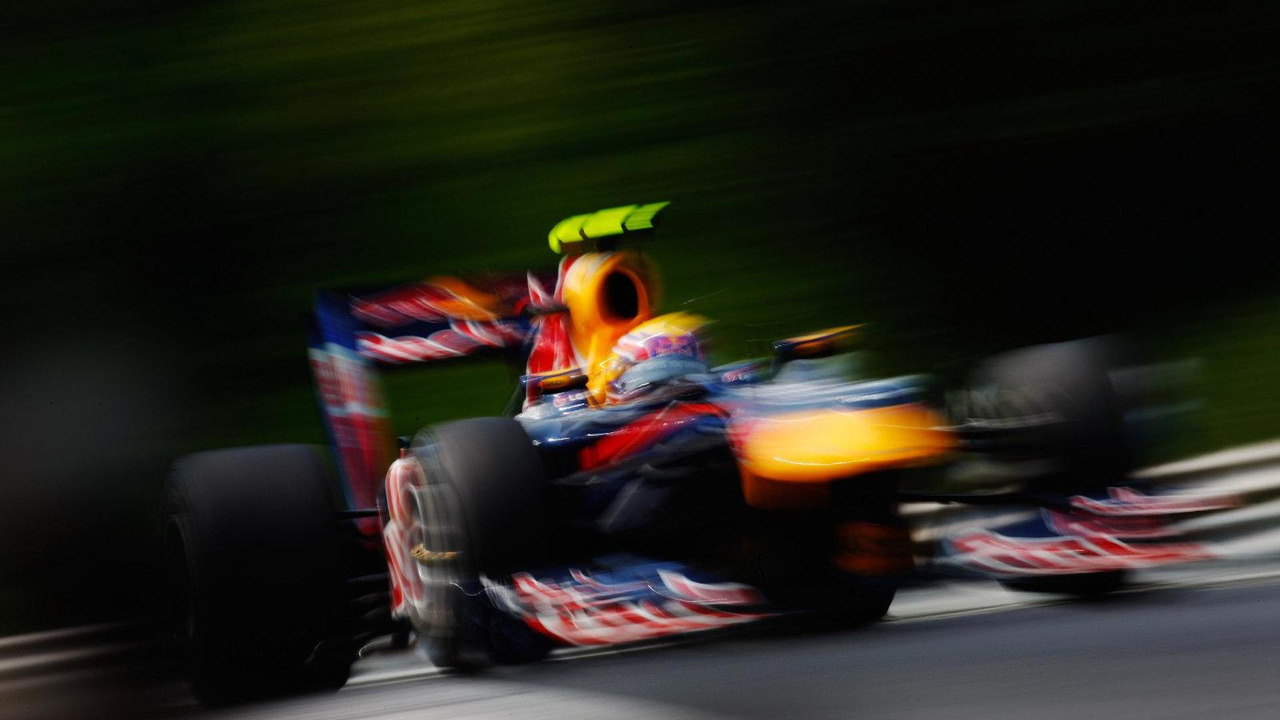 Red Bull is using an unchanged front wing at Spa-Francorchamps, but the floor of the RB6 might soon have to be tweaked to satisfy tougher FIA scrutineering tests.

Red Bull is using an unchanged front wing at Spa-Francorchamps, but the floor of the RB6 might soon have to be tweaked to satisfy tougher FIA scrutineering tests.

The front wing flexibility test was altered for Belgium, essentially to ensure that wings are bending downwards only in a linear fashion when weights are proportionately applied.

Red Bull boss Christian Horner said these tests had not necessitated a design change since the car dominated in Hungary, but it has emerged at Spa that the FIA also has its eye on other aspects of alleged flexing.

It is believed that the RB6 is getting its front wings so close to the ground also due to having a bendy floor.

Tweaked floor flexibility tests, and new rules stipulating the amount of breaks or joins allowed underneath the cars, will reportedly be applied as of the Italian grand prix at Monza next month.

"I cannot say whether we will be affected more or less than any other team," said Horner on Thursday.

Germany's Auto Motor und Sport said the existing floor tests involved applying 200 kilograms to the front of the floor, allowing flexibility of no more than 5mm.

At Monza, the new tests will reportedly involve additional loads being applied now at several locations underneath the cars.

"Webber said in an interview a couple of weeks ago that if you have a very special device on the car, people should have to build their own.

"I didn't know they had a device on the car, so there you go," said McLaren's Jenson Button on Thursday.

"We'll see what happens here, and we'll see how their pace is compared to us," he added.