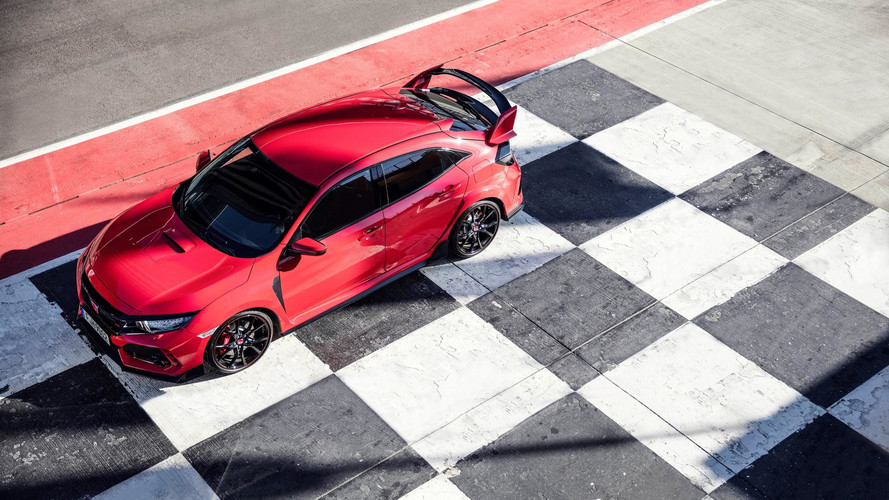 Other pro racers will join the automaker in a time attack mission to set new records at European tracks.

We know the Honda Civic Type R is fast. Heck, the whole world knows that Honda’s hot hatchback currently sits at the top of the pyramid, despite turning just its front wheels in a segment where all-wheel drive usually rules the day. Now, Honda wants to drive the point home even further with a time-attack blitz at European racetracks. The goal is nothing less than to set new lap records at numerous locations, and Honda is building a team of professional race drivers – including Formula 1 legend and former champ Jenson Button – to make it happen.

The automaker did something similar back in 2016 with the previous-generation Civic Type R. That effort saw benchmark times established at Spa-Francorchamps, Hungaroring, Silverstone, Estoril, and Monza. The newest mission specifically targets just three of those tracks for now – Silverstone, Spa-Francorchamps, and Estoril – but the Honda says additional tracks will be announced.

Even without serious talent behind the wheel, the newest super-Civic stands a very good chance of raising the bar. The hot hatch officially makes 306 horsepower (228 kilowatts) but there’s some evidence to suggest that figure is slightly underrated. For starters, dyno pulls on some allegedly stock Type-R models have shown 300 hp (224 kW) to the wheels. That’s about 35 more than we’d expect once typical driveline losses are figured in, and it could also account for a stock Type R hitting 176 mph (283 km/h), which again is more than Honda claims.

And then there’s the Nürburgring, where the current Type R already holds the record as the fastest front-wheel drive car around the Nordschleife. Its time of 7 minutes 43 second is also faster than Ford’s all-wheel drive Focus RS, and even the exquisite BMW M2 can’t keep up with the Civic. Joining Jenson Button for driving duties in the new time attack campaign are WTCR drivers Tiago Monteiro and Esteban Guerrieri, and NSX Super GT driver Bertrand Baguette. Given what we know about these pros and the car they’ll be driving, we expect all records will fall.

Honda's special time-attack Civic Type R will be on display next week at the 2018 Geneva Motor Show. Until then, reacquaint yourselves with the hot hatch in our mega gallery of nearly 300 images below.

Honda is aiming to reinforce the class leading status of the award-winning Civic Type R by using a squad of racing stars to set new lap time benchmarks at iconic European racetracks.

For the 2018 edition, Honda will aim to exceed the times set at Silverstone (UK), Spa-Francorchamps (Belgium) and Estoril (Portugal) in 2016, with further tracks set to be announced.

The new Honda Civic Type R retains the heritage of Honda’s high-performance hatchback bloodline and is the fastest accelerating and quickest car in its class. The latest car to sport the famous ‘red H’ was part of the all-new tenth-generation Civic’s development programme – the largest in Honda’s history – and was engineered to deliver the most rewarding drive in the hot hatch segment, both on road and on the race track. It features a lightweight, highly rigid bodyshell, low centre of gravity, and sophisticated dual-axis strut front suspension system, which reduces torque steer and enhances on-the-limit cornering.