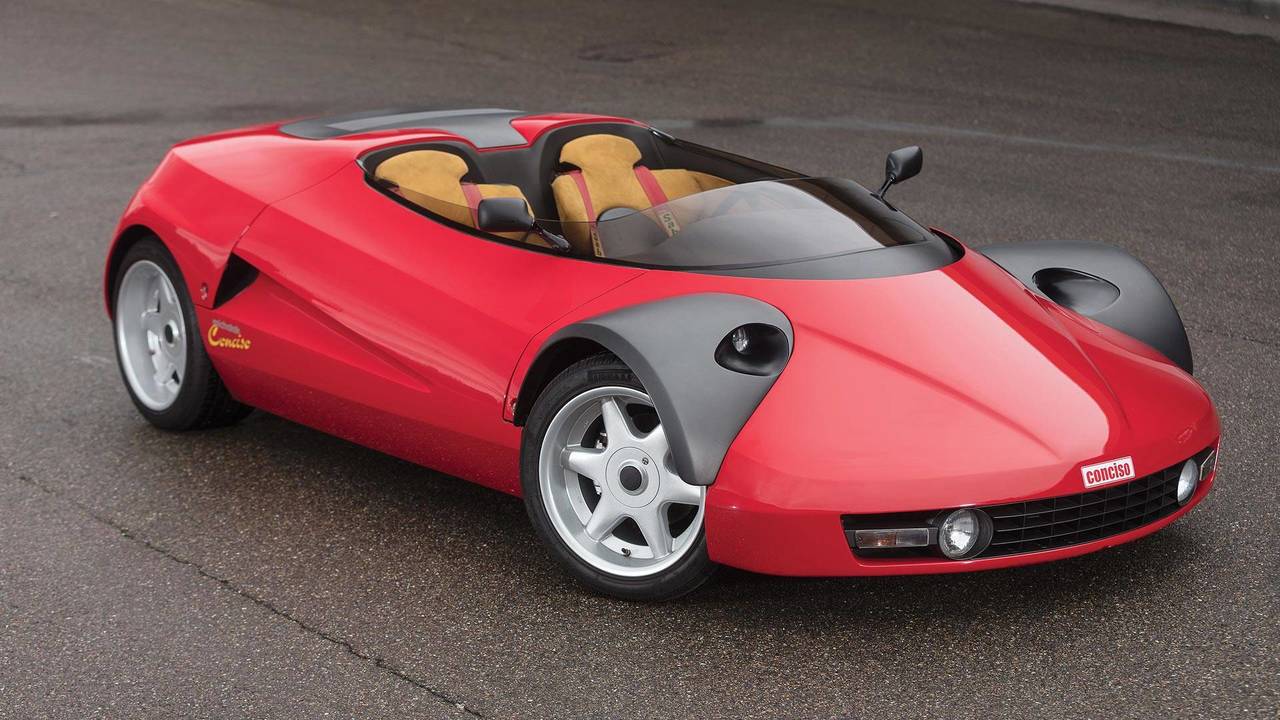 Often the best way to get your name out there is to do something big, and in the automotive world there are few more significant ways to establish a firm's design skills than by debuting a radically styled, Ferrari-based model at a major motor show. That was the German company Michalak's thinking behind building the Conciso and premiering it at the 1993 Frankfurt Motor Show. Now, RM Sothebys has announced the chance to own this unique creation with no reserve at the upcoming Monaco auction on May 12.

German designer Bernd Michalak crafted the svelte, simple shape, and his team formed the panels out of aluminum to save weight. There's no roof, no doors, and a simple, frameless windshield. Entering the car requires stepping up and over the rather broad sills. Be careful during a spirited drive because there isn't a roll hoop, so flipping the roadster would probably be your last ride.

Inside, the Conciso has a minimalist cabin. Oddly, the speedometer and tachometer are out of the driver's immediate vision on an angled panel to the right of the other instruments. As an interesting touch, there are special areas in the door panels for carrying helmets.

Underneath the Conciso's smooth look, it uses the running gear from a 1989 Ferrari 328. A mid-mounted, transversely oriented 3.2-liter V8 sits behind the driver and makes 270 horsepower (201 kilowatts). The power routes through a five-speed manual, and the driver controls it through a gorgeous gated shifter in the cockpit. The simple body reportedly cuts the standard 328's weight by 30 percent. The result allegedly lets the roadster reach 62 miles per hour (100 kilometers per hour) in around 5 seconds and claimed top speed of 173 mph (278 kph).

Despite the wild look, the Conciso is road legal. A previous owner already went through the process of getting it registered in Belgium.

RM Sothebys doesn't yet have an auction estimate for the Conciso, but it's interesting history should result in an intriguing sale.